The County of Oxford (abbreviated Oxon. from Oxonia, the Latin name for Oxford) is a shire bound by the River Thames to the South, the Chiltern Hills, stretching across the East, and the Cotswolds to the West and North.

The county has a major tourist industry, concentrated firstly on the City of Oxford but also on the hills and charming honey-coloured towns of the Cotswolds, and on Oxfordshire's many delightful Thames-side towns and villages. 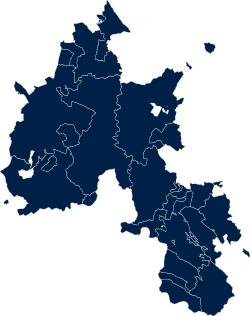 The Hundreds of Oxfordshire

Oxfordshire is divided into fourteen hundreds: 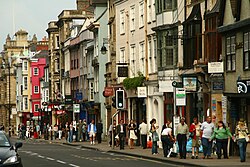 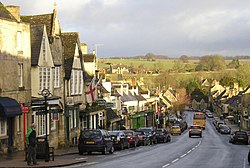 The largest town in the county is the City of Oxford, presiding over the north bank of the Thames. It is followed (in order of size) by Banbury, Witney, Carterton, Bicester, Thame, Henley-on-Thames, Chipping Norton, Charlbury, Woodstock, Watlington, Deddington and Burford.

Additionally, part of Reading, otherwise in Berkshire, extends into Oxfordshire.

Oxfordshire was formed as a county in the early years of the 10th century and is broadly situated in the land between the River Thames to the south, the Cotswolds to the west, the Chilterns to the east and the Midlands to the north, with spurs running south to Henley-on-Thames and north to Banbury.

Historically the area has always had some importance, since it contains valuable agricultural land in the centre of the county. Ignored by the Romans, it was not until the formation of a settlement at Oxford in the eighth century that the area grew in importance. From the Anglo-Saxon period, Oxford (Oxnaford) became a major trading and fortress town of the realm, commanding a key crossing on the Thames. The shire around it prospered.

The University of Oxford was founded in 1096, though its collegiate structure did not develop until later on. The university and the town grew in importance during the Middle Ages and early modern period.

The northern and western hills of the county were part of the Cotswolds wool trade from the 13th century, generating much wealth, while the east of the county prospered from its river links to London and the south.

Morris Motors was founded in Oxford in 1912, bringing heavy industry to an otherwise agricultural county. The importance of agriculture as an employer has declined rapidly in the 20th century though; currently under one percent of the county's population are involved due to high mechanisation.