Merionethshire is one of the strongest Welsh-speaking parts of Wales. With a total area of 780 square miles and a population of 37,874, Merioneth is one of the more sparsely-populated counties in Great Britain. 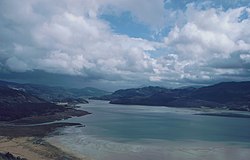 Some of the railways remain. The slate-bearing line from Blaenau Ffestiniog is now a popular tourist attraction, as is the half-mile bridge across the Mawddach to Barmouth. Bala is cut off from the railway network, but a narrow-gauge line runs along the lake. 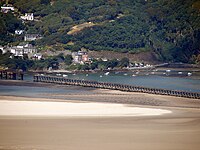