Waterfalls in the United Kingdom

The waterfalls in the United Kingdom are many and various. The British rivers and hills together produce a wealth of beautiful cascades, too many to list. However the highest and most famed are given here, placed in a more orderly form than the wild, untamed waters themselves would ever contemplate.

Waterfalls go by many names, according to local preference. In the Highlands, which have the highest of them and some of the most spectacular, they are named most frequently "Falls", a usage followed in most of Britain, or in Gaelic or formerly Gaelic areas "Eas", while the same word appears as Ess in Ulster. Throughout the north the word "Linn" is used for a narrow gorge through which a stream is forced and hence a waterfall also; this is from the Old English hlynn, meaning "torrent". Amongst the Pennines and the Lakeland Fells they take the name "Force", from the Old Norse word fors. In Wales the language embedded in the hills is Welsh, and the names Rhaeadr or Pisyll, or in the south Sgwd, may appear in the name of a waterfall. In southern England there are too few spectacular falls to make a judgment.

To measure the height of a waterfall is hard; there is a question as to whether to measure the single largest fall or the sum of a series of falls, and any list of the highest will be argued over endlessly on this account. Many falls make claims to the record for the highest in any county or region based on a series of tumbles, which may be impressive and is legitimate as the water does indeed fall that far, though those might also be considered a series of falls, and the visitor to the falls may make his own judgment.

Highest 11 waterfalls in the United Kingdom 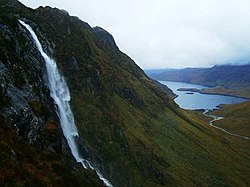 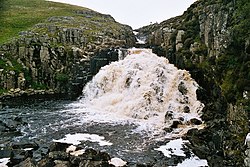 The list of highest waterfalls is often a cause of argument, due to the ambiguity of whether to measure the single largest fall or the sum of a series of falls. Many falls make a claim to the record based on a series of tumbles, but this table measures each waterfall by the tallest single drop. 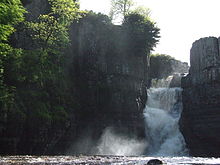 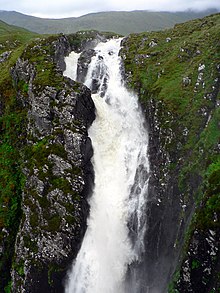 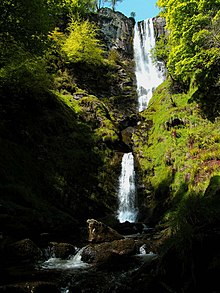 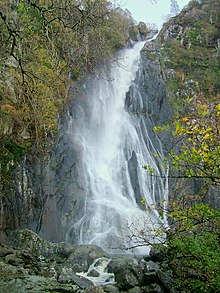 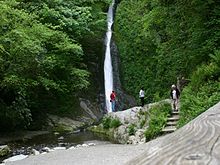