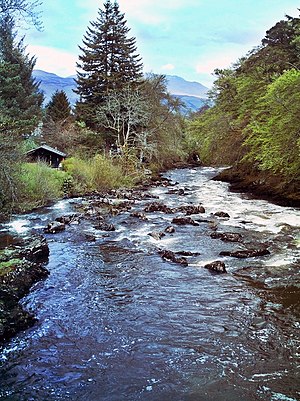 The River Dochart is a main headwater of the River Tay, in Perthshire.

Rising high on the slopes of from Ben Lui, the Dochart flows east out of Loch Dochart and through the glen of the same name. At Killin just before it enters Loch Tay are the Falls of Dochart.

The river is sometimes also considered to be a part of the upper reaches of the River Tay.