Islands in the River Thames 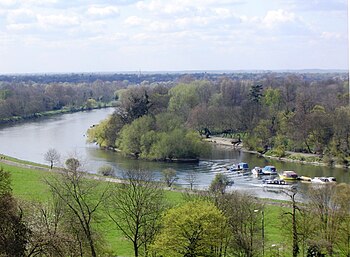 The islands in the River Thames are a great variety, running from the small eyots forming where the Thames is first wide enough to have islands, out to the great islands on the Thames Estuary.

There are many islands which cannot with all goodwill be listed, such as those little patches of ground isolated when weirs and locks were built, nor those very small islands that immediately adjoin the larger ones. The Isle of Dogs and Isle of Grain are no longer islands although their names remain. Some other so-called islands are also now just promontories, often marked by a small ditch.

Most of the islands are natural, but a few were created by rerouting of the navigation channel. Many Thames islands are called "aits" or "eyots" (which is the Old English igoþ; "islet"). Aits are usually longer thinner islands that have built up through an accumulation of silt. 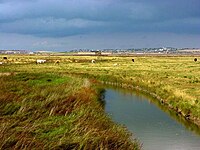 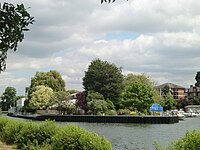 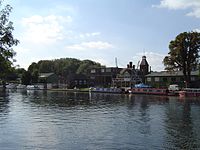 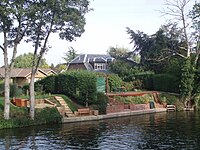 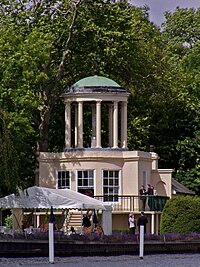 The islands are listed in order downstream to the sea.

The construction of almost all locks on the Thames involved one or more artificial lock islands separating the lock from the weirs. These may have been created by building an artificial island in the river or by digging an artificial canal to contain the lock and turning the land between that and the river into an island. In many cases the lock island contains the lock keeper's house and can be accessed across the lock gates. Such lock islands are only listed above if they have a specific name of their own.