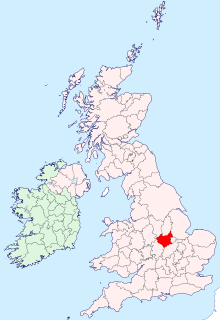 It was designed by Jason Saber and adopted at the request of all seven of Leicestershire’s Members of Parliament. It was the final English county flag to be adopted, and was first flown officially for Historic County Flag Day 2021 in Parliament Square, London.

The Pantone Colours for the flag are:- [1]