From Wikishire
(Redirected from Victoria History of the Counties of England)
Jump to: navigation, search 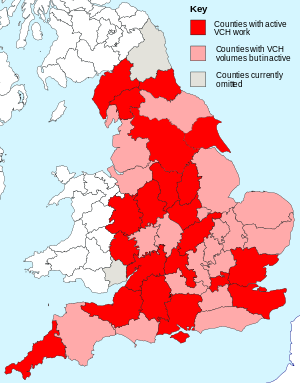 Map showing the state of completion of the VCH across England

Since 1933 the project has been coordinated by the Institute of Historical Research at the University of London.

The first VCH volume was published in 1901, and publication continued slowly throughout the twentieth century, although in some counties it has come to a halt, especially during the First World War[1] and again in the 1970s. Some inactive counties have been reactivated, most recently Nottinghamshire in 2009.

There are now more than 230 VCH volumes, with about three new volumes published per year. Each is published with a red cover, and they are therefore sometimes known as "the big red books". When the Institute of Historical Research published a short history of the project to mark the 75th anniversary of taking it over, it was titled "The Little Big Red Book".[2]

From 1909 until 1931 Frederick Smith, later 2nd Viscount Hambleden was the VCH's major sponsor.[1] In February 2005 the Heritage Lottery Fund awarded the VCH £3,374,000 to fund the England's Past for Everyone project.

Structure of the county histories

In general, the histories begin with one or more volumes of general studies of the County as a whole, followed by detailed historical surveys of each Hundred, parish by parish.

Two counties however originally listed for the project have never been progressed: Northumberland and Monmouthshire. The Victoria County History did begin work on Northumberland in the early years of the 20th century, but stopped work for the First World War. After the war they did not resume, at least in part because it was considered that the county already had an excellent, locally produced, history. Monmouthshire was originally listed for the project in 1901, but work ceased the next year when a similar project was founded to created histories for the counties of Wales, including Monmouthshire. The latter project did not proceed in the event.[3]

Some counties were late starting: the West Riding of Yorkshire has begun only in the last few years and as at May 2015 only one parish has been completed (Barlow).

Some of the county histories have been completed. For each of these, the number of volumes published and the date of completion is as follows:

For each uncompleted county history on which work is continuing, the number of volumes published and the dates of the most recent are as follows: 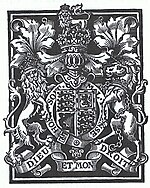 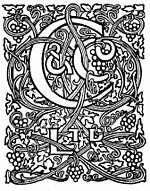 Counties with no published volumes