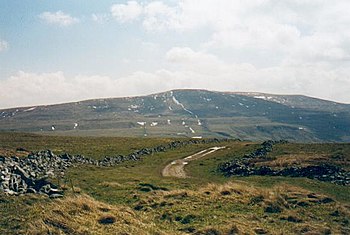 A Pennine Journey is a circular walking route of 247 miles around the Pennines developed in homage to Alfred Wainwright, the great fell walker and author. It passes through five counties: Yorkshire, Westmorland, Cumberland, Durham, and Northumberland.

In September 1938, Alfred Wainwright made a solitary walk through the Pennines, setting off from Settle in the West Riding of Yorkshire and heading for Hadrian's Wall after eleven days on foot, he arrived back in Settle, having walked for 211 miles. The following year he wrote up an account of this walk, which was eventually published in 1986 as A Pennine Journey: The Story of a Long Walk, and which is still in print.

Wainwright's route took him northwards through the countryside of the Yorkshire Dales, through the upper dales of the Wharfe, Ure and Swale, and across into Westmorland. He walked over the wild moorlands around Tan Hill@ until he came to the fells where the rivers Tees, Wear and Tyne rise. Dropping down into the Tyne Gap in Northumberland, he reached Hadrian’s Wall close by Hexham. He then followed the wall westwards and south across the Pennine ridge at Alston in Cumberland, passing through Appleby (in Westmorland) and Ingleton and onward back to Settle.

In the 1990s, David Pitt of the Wainwright Society devised a new circular route as a recreation of Wainwright's walk, but adapted for today's roads and rights-of-way. He chose what he considered to be a route that Wainwright might have chosen were he planning it today, and called it 'A Pennine Journey': he and his wife first walked it in September 1998, the 50th anniversary of Wainwright's Pennine journey. This walk is 247 miles long. 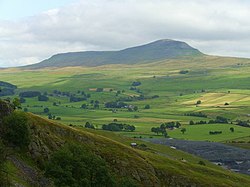 Across Ribblesdale to Pen-y-Ghent

The route has been divided by David Pitt into 18 stages. It starts and finishes in Settle in the West Riding of Yorkshire, and in the heart of the Yorkshire Dales National Park. It then heads up through the dales on the eastern side of the Pennines and into County Durham to Northumberland and Hadrian’s Wall. After following the Wall for 21 miles, the route heads south on the western side of the Pennines and into the Eden Valley through Cumberland and Westmorland through Mallerstang Common, skirting the Howgill Fells in Yorkshire then back through the Dales to Settle.

It has been suggested that the walk could completed as one two and a half-week walk, or be divided into two or three natural stages of 120 or 80 miles each.

The suggested 18-stages are set out as follows:[1] 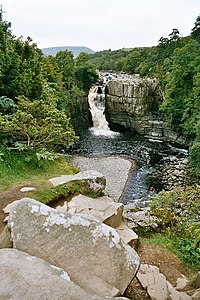 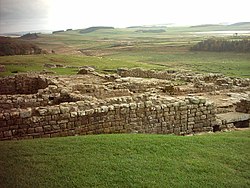 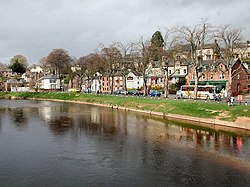 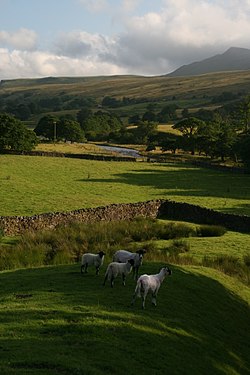 From Pendragon Castle in Mallerstang, Westmorland