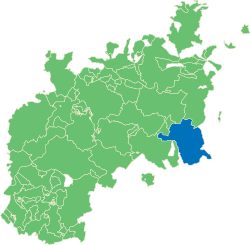 Brightwells Barrow hundred is one of the group known as the Seven Hundreds of Cirencester, granted to Cirencester Abbey in 1189. The meeting-place was in the centre of the hundred at the junction of the Droitwich-Lechlade saltway and a route from Fairford where a barrow was mentioned in 1400. A tree growing on the barrow later gave the name Barrow Elm to the meeting place.[1]