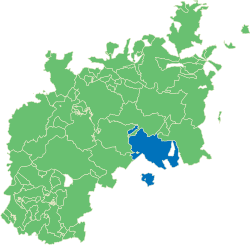 Crowthorne and Minety Hundred in Gloucestershire

Crowthorne and Minety hundred is one of the group known as the Seven Hundreds of Cirencester, which were apparently administered with the royal manor of Cirencester before 1189 when Richard I granted them with the manor to Cirencester Abbey.

*: Sometimes considered a hundred of itself.
†: In Rapsgate Hundred.