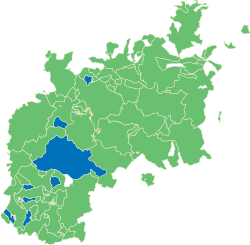 Berkeley Hundred is a hundred of Gloucestershire, towards the south of the county. It has several detached parts, but the main body of the hundred is bounded by Longtree to the west; by Grumbald's Ash to the south-east; by Thornbury Hundred to the south-west; by Bledisloe to the west; and by Whitstone to the north. It had a population of 90,982 in 2011, rising to 92,448 if detached parts are disregarded.

Additionally, the parish of Kingswood, a detached part of Wiltshire, is locally situated in Berkeley hundred.