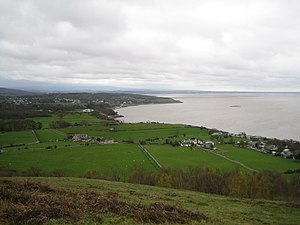 The Lonsdale Hundred is a hundred of Lancashire, covering most of the north-western part of Lancashire around Morecambe Bay. It is in two parts; the vicinity of Lancaster attached to the main body of the county, and the whole of Lancashire North of the Sands, which is the detached part of the county on the north coast of Morecambe Bay including Furness. Lancashire North of the Sands is some time called "North Lonsdale" for this reason. The population of the hundred numbered 240,202 in 2011, which ranks it fifth out of the six hundreds.

The name Lonsdale is taken from the dale of that name, Lonsdale being the valley of the River Lune in Lancashire and Westmorland.

The hundred is tied together by Morecambe Bay, whose coast defines it. There is a variety of landscape inland however, from the high Furness Fells north of the sands, to the low coastal plains in south Lonsdale, but rising too into the Pennines.

Places in the Lonsdale Hundred include: 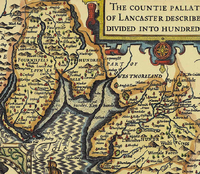