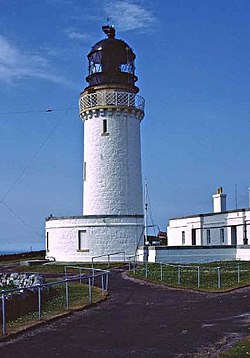 The Cape Wrath Trail is an unmarked long distance walk, approximately 200 miles in length, from Fort William in Inverness-shire to Cape Wrath in Sutherland, the north-westernmost point of mainland Great Britain. The route was devised and promoted by the "Cape Wrath Trail Company" run by the Lochaber Mountain Access Group.

As it is unmarked and through wild country it takes a feat of navigation as well as boundless energy and is a walk only for the most experienced long-distance hikers. There is no single, set route for the trail, but a starting point (Fort William) and a finishing point (Cape Wrath Lighthouse) and some recommended routes and otherwise a free choice for the exact route.

The starting point of the trail is Fort William, at the south-western end of the Great Glen. This is also the northern end of the West Highland Way, allowing the possibility for the most dedicated walker to combine the two. It is also at the foot of Ben Nevis, the highest mountain in the British Isles.

The Cape Wrath Trail is reckoned the toughest multi-day walk in the United Kingdom, though as much of its route is followed by the Scottish National Trail, which begins at the northern end of the Pennine Way, the latter must be reckoned the tougher.

The trail is not officially endorsed by Scottish Natural Heritage and it is not waymarked nor signposted. Facilities along the trail are also minimal and it covers some of the remotest parts of mainland Great Britain.

Notwithstanding the hardship of the route, and lack of signage nor official imprimatur, the Cape Wrath Trail has grown to be one of the most highly regarded backpacking routes, attracting hikers from around the world.

The route was first publicised in a 1996 book by David Paterson entitled The Cape Wrath Trail: A New 200-mile Walking Route Through the North-west Scottish Highlands. This was followed in 1999 by a separate publication (North to the Cape: A trek from Fort William to Cape Wrath) by Denis Brook and Phil Hinchliffe.

In both versions the trail begins in Fort William and ends at Cape Wrath lighthouse on the northwest tip of the mainland. It connects with the West Highland Way and part of an alternative route suggested by Cameron McNeish follows the Great Glen Way out of Fort William before joining the main route in Glen Shiel.

The guidebooks estimate an experienced walker should be able to traverse the entire route in less than 20 days. However the authors detail slightly different routes and stages for walkers to follow. There are other alternatives on various segments of the route, thus there is yet to be an "official" established route. Many walkers see this variety as a quintessential part of the trail's appeal. The alternatives allow differing access to bothies, provisions, stream crossings and scenery. 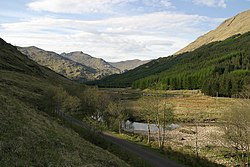 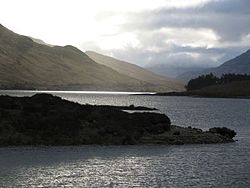 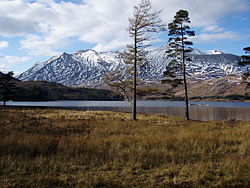 The Cape Wrath Trail organisation promotes, in addition to the main route, ten of “Rib Routes”, whereby the main route is the “spine” and the “ribs” branch off it to provide additional or alternative routes of exploration, and in many cases additional levels of difficulty. Rib Routes add considerable difficulty and length to the Spine Trail. Each one Rib leaves from the main trail then connects back to it.

The Cape Wrath Trail Comapny suggests taking 15 days over the trail. The suggested itinerary, with rib routes coming off the main “spine” at each point are as follows: 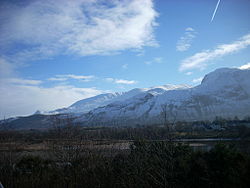 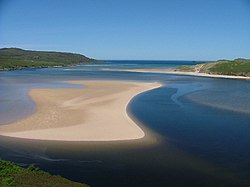 The Kyle of Durness

The trail is completely unmarked and passes through extremely wild and rugged terrain, far from services and facilities for much of the distance. Although many sections follow paths and tracks, there are also some sections which are pathless and a high degree of navigational skill is required. Walkers need to be self-sufficient and to carry food needed between resupply points. There are also several unbridged river crossings which can become dangerous or even impossible in spate conditions.

Fort William, where the trail begins, is well conncetd to the road and rail networks and well supplied with accommodation and facilities for walking and camping.

The end of the trail by contrast is the ilosated headland of Cape Wrath, which is not even connected to the road network; a single lane runs up the cape, linked to the rest of the land by a seasonal tourist bus and ferry to near Durness. The Durness bus can provide onward transport.

Locations on the trail

Places of interest on the trail include: