From Wikishire
(Redirected from Tredegar Park)
Jump to: navigation, search 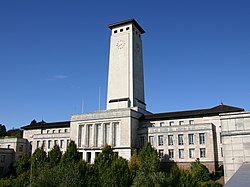 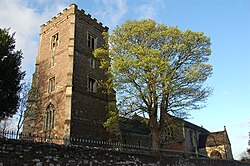 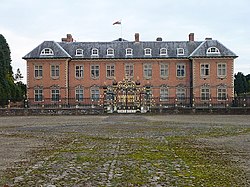 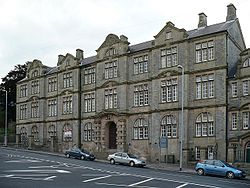 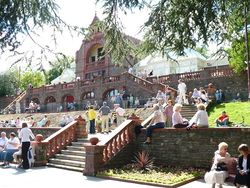 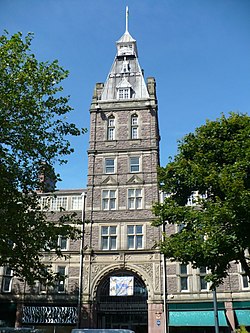 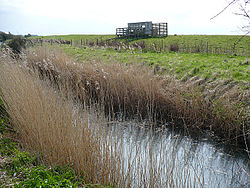 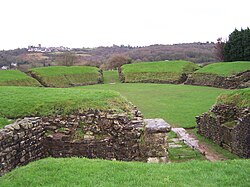 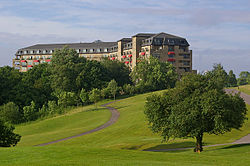 The city is largely low-lying, but with a few hilly areas. Areas in the south and east of the city tend to be flat and fertile with some housing estates and industrial areas reclaimed from marshland. Areas near the banks of the River Usk, such as Caerleon, are also low-lying. The eastern outskirts of the city are characterised by the gently rolling hills of the Vale of Usk and Christchurch has panoramic views of the Vale of Usk and the Bristol Channel. Ridgeway at Allt-yr-yn also has good views of the surrounding areas and Bristol Channel. Brynglas has views over the city centre and Twmbarlwm to the west. The suburbs of the city have grown outwards from the inner-city, mostly near the main roads, giving the suburban sprawl of the city an irregular shape. The urban area is continuing to expand rapidly with new housing estates continuing to be built.

The city boundaries include a number of villages in the rural areas surrounding the built-up area.

Bronze Age fishermen settled around the fertile estuary of the River Usk and later the Celtic Silures built hillforts overlooking it. In AD 75, on the very edge of their empire, the Roman legions built a Roman fort at Caerleon to defend the river crossing. According to legend, in the late 5th century Saint Woolos church was founded by Saint Gwynllyw, the patron saint of Newport and King of Gwynllwg. The church was certainly in existence by the 9th century and today has become Newport Cathedral, the seat of the Bishop of Monmouth. The Normans arrived from around 1088–1093 to build Newport Castle and river crossing downstream and the first Norman Lord of Newport was Robert Fitzhamon.

The settlement of 'Newport' is first mentioned as Novo Burgus established by Robert, Earl of Gloucester in 1126. The name was derived from the original Latin name Novus Burgus, meaning new borough or new town. The city can sometimes be found labelled as Newport-on-Usk on old maps. The original Welsh-language name for the city, Casnewydd-ar-Wysg means 'New castle-on-Usk' (this is a shortened version of Castell Newydd ar Wysg) and this refers to the twelfth-century castle ruins near Newport city centre. The original Newport Castle was a small Motte-and-bailey castle in the park opposite Newport Cathedral. It was buried in rubble excavated from the railway tunnels that were dug under Stow Hill in the 1840s and no part of it is currently visible.[1]

Around the settlement, the new town grew to become Newport, obtaining its first charter in 1314 and was granted a second one, by Hugh, Earl of Stafford in 1385. In the 14th century friars came to Newport where they built an isolation hospital for infectious diseases. After its closure the hospital lived on in the place name "Spitty Fields" (the name congruous with Spitalfields, a corruption of ysbytty, the Welsh for hospital). "Austin Friars" also remains a street name in the city.

A third charter, establishing the right of the town to run its own market and commerce came from Humphrey Stafford, 1st Duke of Buckingham in 1426. By 1521 Newport was described as having "....a good haven coming into it, well occupied with small crays [merchant ships] where a very great ship may resort and have good harbour." Trade was thriving with the nearby ports of Bristol and Bridgwater and industries included leather tanning, soap making and starch making. The town's craftsmen included bakers, butchers, brewers, carpenters and blacksmiths. A further charter was granted by James I in 1623.

During the English Civil War in 1648 Oliver Cromwell's troops camped overnight on Christchurch Hill overlooking the town before their attack on the castle the next day. A cannonball dug up from a garden in nearby Summerhill Avenue, dating from this time, now rests in Newport Museum.[2]

As the Industrial Revolution took off in Britain in the 19th century, the Glamorgan and Monmouthshire valleys became key suppliers of coal and iron. These were transported down local rivers and the new canals to ports such as Newport, and Newport Docks grew rapidly as a result. Newport became one of the largest towns in the area and the focus for the new industrial eastern valleys of Glamorgan and Monmouthshire. By 1830 Newport was the leading coal port in the area, and until the 1850s it was larger than Cardiff.

Newport was the focal point of a major Chartist uprising in 1839, where John Frost and 3,000 other Chartists marched on the Westgate Hotel at the centre of the town. The march was met with an attack by militia, called to the town by the Mayor: at least 20 marchers were killed and were later buried in Saint Woolos churchyard. John Frost was sentenced to death for treason, but was this was later commuted to transportation to Australia. He returned to Britain (but not to Newport) later in his life. John Frost Square, in the centre of the city, is named in his honour.

The late 19th and early 20th century period was a boom time for Newport. The population was expanding rapidly and the town became a county borough in 1891. The dock system was completed in 1892: the newly-built South Dock was the largest masonry dock in the world. Although coal exports from Newport were by now modest compared to the Port of Cardiff (which included Cardiff, Penarth and Barry), Newport was the place where the Miners' Federation of Great Britain was founded in 1889, and international trade was sufficiently large for 8 consuls and 14 vice-consuls to be based in the town. Urban expansion took in Pillgwenlly and Liswerry to the south; this eventually necessitated a new crossing of the River Usk, which was provided by the Newport Transporter Bridge completed in 1906, described as "Newport's greatest treasure".

On 2 July 1909, during construction of Newport's Alexandra Dock, supporting timbers in an excavation trench collapsed, instantly burying 46 workers. The rescuers included 12-year-old paper boy Thomas ‘Toya’ Lewis who was small enough to crawl into the collapsed trench. Lewis worked for two hours with hammer and chisel in an attempt to free one of those trapped. Several hundred pounds was later raised through public subscription in gratitude for the boy's efforts, and he was sent on an engineering scholarship to Scotland. Lewis was awarded the Albert Medal for Lifesaving by King Edward VII in December 1909. A Wetherspoons pub in the city centre is named "The Tom Toya Lewis" after the young hero. The building in which the pub is housed was formerly the Newport YMCA, the Foundation Stone for which was laid by Viscount Tredegar, also in 1909.

Newport's economy had a broad base, with foundries, engineering works, a cattle market and shops that served much of Monmouthshire. However, the docks were in decline even before the Great Depression, and local unemployment peaked at 34.7% in 1930: high, but not as bad as the levels seen in the mining towns of the Glamorgan and Monmouthshire valleys. Despite the economic conditions, the council re-housed over half the population in the 1920s and 30s.

The post-war years saw renewed prosperity, with Saint Woolos Cathedral (now Newport Cathedral) attaining full cathedral status in 1949, the opening of the modern integrated Llanwern steelworks in 1962, and the construction of the Severn Bridge and local sections of the M4 motorway in the late 1960s. Although employment at Llanwern steelworks declined in the 1980s, Newport acquired a range of new public sector employers, and a Richard Rogers-designed Inmos microprocessor factory helped to establish Newport as a 'hotspot' for technology companies. A flourishing local music scene in the early 1990s led to claims that the town was "a new Seattle".

The county borough of Newport was granted city status in 2002 to mark Queen Elizabeth II's Golden Jubilee. In the same year, an unusually large merchant ship, referred to locally as the Newport ship, was uncovered and rescued from the bank of the Usk during the construction of the Riverfront Arts Centre. The ship has been dated to some time between 1445 and 1469 and it remains the only vessel of its type from this period yet discovered anywhere in the world.

Newport's best known association football club is Newport County, who were formed in 1912 and joined the Football League in 1920. County have played in the second tier of English football, reached the last 16 of the FA Cup and the quarter finals of the European Cup Winners' Cup.

Newport is also home to four further senior sides: Caerleon, Newport YMCA, Newport City and Newport Civil Service. The city has its own league, the Newport and District Football League. Lovell's Athletic were a fairly well-known team in the mid-20th century – due to the suspension of League football during the Second World War they were the premier team in the city, as Newport County did not field a side. During this period they managed to reach the 5th round of the FA Cup in the 1945—46 season, a feat not matched until the 2018—19 season.

The exploits of the Newport Rugby Football Club are world-renowned. One of the few clubs to have beaten all the major southern hemisphere touring sides, they were the only side to beat the Invincible All Blacks of 1962—63. Amongst the names associated with the club are Arthur 'Monkey' Gould, the first Rugby Union superstar, and David Watkins, the only man to have captained Great Britain at rugby union and rugby league.

The Newport International Sports Village at Liswerry includes one of the few indoor velodromes in Britain.

The city has a motorcycle speedway track, Hayley Stadium, home to the Newport Wasps speedway team. The venue is located in Queensway Meadows industrial estate and provides a model for new-build stadia.

Newport is one of three main cities where British Baseball is still played – the others are Cardiff and Liverpool – and the city hosts a Wales-England international match every four years at Coronation Park.