Diocese of Limerick and Killaloe

The Diocese of Limerick and Killaloe (also known as 'The United Dioceses of Limerick, Ardfert, Aghadoe, Killaloe, Kilfenora, Clonfert, Kilmacduagh and Emly') is a diocese of the Church of Ireland that is located in mid-western Ireland. It is part of the Province of Dublin.

When the Church of England broke communion with Rome, the Church of Ireland followed. The dioceses remained in the immediate period but reformed. Over the centuries, a number of dioceses were merged, in view of declining population. It is for this reason that the united diocese has three cathedrals. 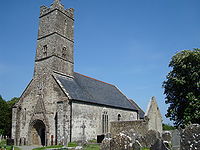 The present united diocese dates from 1976, the end result of a number of mergers of sees beginning in the seventeenth century:[1] 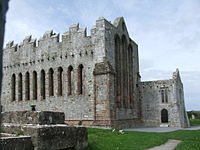 Five others are in ruins or no longer exist: