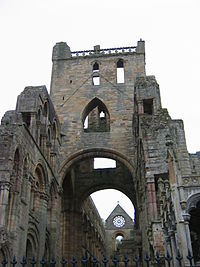 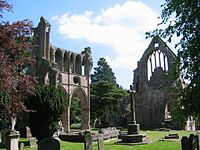 The Borders Abbeys Way is a long-distance footpath in Selkirkshire and Roxburghshire. It is a circular walkway and is 64½ miles long.

The theme of the footpath is the ruined borders abbeys established by David I of Scotland along its way: Kelso Abbey, Jedburgh Abbey, Melrose Abbey and Dryburgh Abbey. These abbeys were wealthily endowed institutions which throve between the 12th and 16th centuries, and were closed during the Reformation. The way also includes the towns of Hawick and Selkirk.

Sections of the Walk

Most people choose to do the walk in five sections, giving a day for each section: