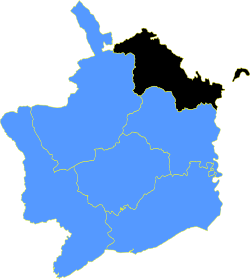 Skenfrith is a hundred of Monmouthshire in the north-east of the county.

It is the second least populous of Monmouthshire’s hundreds (after Raglan) with a population of 12,867 (excluding Welsh Bicknor).