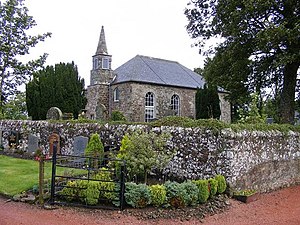 The River Clyde forms the parish's western and southern boundaries, with the Medwin Water and its tributary the South Medwin forming the northern. The highest point is Quothquan Law at 1,096 ft.

The B7016 road between Biggar and Carnwath passes through the parish, with the nearest railway station at Carstairs Junction on the West Coast Main Line just to the north-west.

The present parish church was built in 1812 and contains a plaque recording ancestors of British Prime Minister Gladstone.