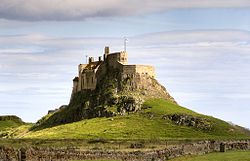 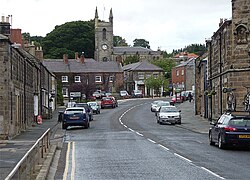 Islandshire is an area comprising Lindisfarne (or Holy Island), and parishes on the mainland of Northumberland.

Islandshire though contained wholly within the borders and coast of Northumberland is historically an exclave of the County Palatine of Durham. Indeed, the southern boundary of Islandshire is a stream by the name of "County Burn".

The area was ruled by the Bishops of Durham until their authority was transferred to the Crown in 1836. Following the passing of The Counties (Detached Parts) Act 1844, it was thereafter treated as a Hundred (or Ward) of Northumberland.

The name of Islandshire remained in use not only for the Ward but to lend a name to an administrative district council for 80 years from 1894, known as part of the Norham and Islandshires Rural District, which encompassed another old Durham liberty; Norhamshire.

The ancient parishes of Islandshire are:

*: The remainder of Belford is in Bambrough Ward, Northumberland.