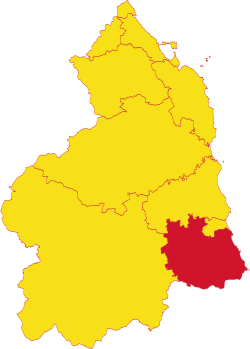 Castle Ward is one of the Wards of Northumberland, situated in the south of the county. It is bounded to the south by the River Tyne, which marks the border with County Durham; to the east by the North Sea; to the north-east by Bedlingtonshire; to the north-west by Morpeth Ward; and to the west by Tindale Ward. Including the county's great city, Newcastle, it is the most populous of the wards, with a population of 586,542 in 2011.