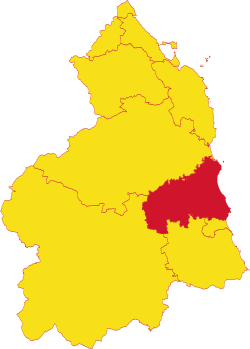 Morpeth Ward is one of the Wards of Northumberland, centrally located on the county's coastline. It is named after the town of Morpeth, which it contains, and had a population of 65,023 in 2011. It is bounded by Coquetdale Ward to the north; by Bedlingtonshire to the south-east; by Castle Ward to the south-west; and by Tindale Ward to the west. To the east lies the North Sea.