Cliffe is a small village and civil parish in the East Riding of Yorkshire. The civil parish includes the villages of Cliffe Common, South Duffield, Lund, and Newhay.

The site of the former Selby Coalfield Whitemoor mine in the north of the parish is now a business park.

The civil parish of Cliffe is bounded by Barlby with Osgodby to the west, Hemingbrough to the east, and the River Ouse to the south, and North Duffield and Skipwith to the north. The parish includes the village of Cliffe, as well as South Duffield and the hamlets of Cliffe Common, Lund and Newhay. Whitemoor business park is in the northern part of the parish.[1]

The A63 Selby to Hull road and on the Hull-Selby railway line pass roughly east-west through the parish; the A163 Market Weighton road, and the route of the former Selby-Market Weighton-Driffield railway line pass through the northern part of the parish. The parish is predominately agricultural land at around 15 ft above sea level.[1] At the time of the 2001 UK census, Cliffe parish had a population of 1,143,[2] increasing to 1,267 at the 2011 Census.[3]

Cliffe has a public house (the New Inn), a butcher's shop and a mini-mart. The post office closed in 2007, although there is one at Hemingbrough. There is a Voluntary Controlled Primary School in the village.

Archaeological evidence of humans living in the area dating back to the Iron Age or British Roman age has been found in the area between and around Cliffe and Cliffe Common; the evidence suggested rectangular enclosures thought to be part of a field system, as well as ditched enclosures, and roundhouses.[4] Evidence of permanent human habitation in the medieval period has also been found, suggesting ridge and furrow farming.[5]

Cliffe is recorded in the Domesday survey as being part of the manor of Howden.[6] Until the later Middle Ages Cliffe was on the banks of the River Ouse, but the river changed course when a meander was broken through.

In the mediæval period much of the land was in the possession of the Bishops of Durham, passing to the Bishopric of Ripon in 1836. The remainder of the land passed through various hands, with part becoming of the manor of Turnham Hall.[7] 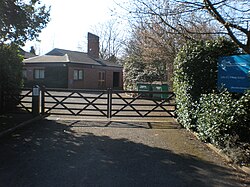 A school was established in 1708 with the bequeathal of £200 by Mary Waud. A school house was subsequently built, and, after further endowments, it was enlarged in 1835.[7]

During the First World War a 3" anti-aircraft battery was installed at cliffe.[8]

From 1960 senior education was carried out at the secondary school in Barlby; the Cliffe school was still educating pupils in 1973, with 65 students.[7] 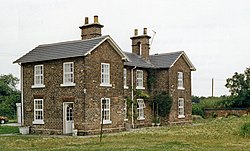 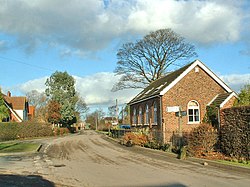 At South Duffield remains of previous activity included a former brick tower mill used for grain dating from circa 1800.[15]

There was a manor house at Turnham Hall (also Turneham or Thurnham[17]) west of Cliffe on the banks of the Ouse as early as 1327. The house was moated at one time.[18] A licence to crenellate was received by John Pylkyngton in 1477.[19]

Whitemoor Mine was developed in the 1970s as part of the Selby coalfield, after closure in the 21st century the above ground site was redeveloped as Whitemoor Business Park.