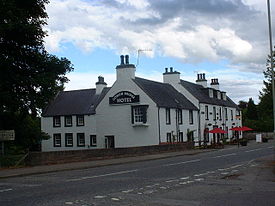 Urquhart and Logie Wester is a parish on the Black Isle in Ross-shire. A detached part of Nairnshire is to be found in the centre of the parish.

Logie Wester is so named to differentiate it from Logie Easter, also in Ross. Both Urquhart and Logie previously had their own parish churches, both of which are now in ruins.[1] However today there are several more modern churches in the parish of Urquhart and Logie Wester. The Battle of Logiebride took place in 1597.

This Ross-shire article is a stub: help to improve Wikishire by building it up.
Retrieved from "https://wikishire.co.uk/w/index.php?title=Urquhart_and_Logie_Wester&oldid=53183"
Categories: