Sea of the Hebrides 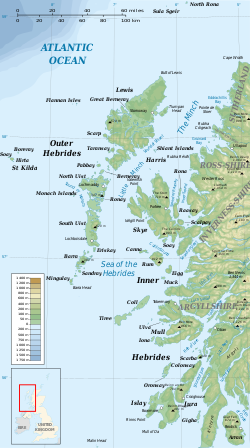 The Sea of the Hebrides is the sea off the coast of western Scotland, separating mainland Great Britain and the northern isles of the Inner Hebrides (to the east) from the southern islands of the Outer Hebrides to the west.

To the north, the Isle of Skye juts out towards the Outer Hebrides and constricts the seaway into the Little Minch, which thus marks the northern end of the Sea of the Hebrides.[1] 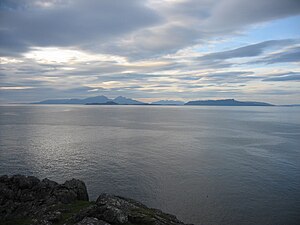 The edges of the sea are on some of the finest islands in the British Isles; Skye to the north, North Uist, South Uist and Barra to the west, the delightful Small Isles to the east and Mull and ancient Iona to the southeast, while Coll and Tiree stretch out within the sea itself.