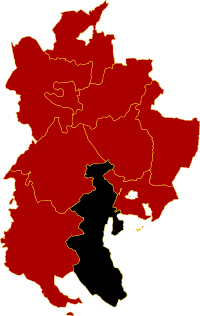 *: Partly in Hertfordshire.
†: Including East and West Hyde; Leagrave; Limbury and Biscot; and Stopsley.
‡: In Clifton hundred.

At the time of the Domesday Book, Flitt Hundred was assessed at 98 hides and 1⅔ virgates.

The hundred of Flitt followed to a certain extent the same descent as that of the manor of Luton, and it was held of the king in chief for the service of 60 shillings a year. In 1086 it was apparently attached to the manor of Luton, and was granted with it in 1229 to the famous William Marshal, Earl of Pembroke, on his marriage with the king's sister Eleanor, as her dower, but subjected to the yearly rent of 60 shillings. On the latter's death in 1274 the hundred passed to Isabel, wife of Reginald de Mohun, a daughter of Isabelde Clare, who was one of the co-heirs of the Earl of Pembroke. On the death of William de Mohun, their son, in 1282, the hundred was worth £10, and was inherited by his younger daughter Mary, wife of John de Meriet, after the death of her brother Reginald without issue. Mary died childless, and on the death of her husband in 1327 the hundred was divided among her coheirs until Hugh de Mortimer inherited the whole hundred and in 1422 the hundred passed to John Cressy and it then followed a similar descent to that of the manor of Luton, passing through inheritance and purchase through several families and on occasion the Crown; in 1764 it was bought by the Earl of Bute, who was holding the hundred in 1815, when the annual payment of 60s was still made, but after this date all rights in the hundred seem to have lapsed.

The courts of the hundred were held every three years alternately at Silsoe and Luton, and up to the nineteenth century the bailiff of the manor of Luton once a year fired a gun in front of the mansion of Wrest Park, Silsoe in assertion of some right claimed in respect of the hundred, and it was the custom for the bailiff to be invited into the house for refreshment.