Ynyshir is a village located in the Rhondda Valley of Glamorgan. Ynyshir means "Long Meadow" or "Long Island"[2] in the Welsh_language. The village takes its name from a farm in the area, falling within the ancient parishes of Ystradyfodwg and Llanwynno (Llanwonno).[3]

Ynyshir has its own library, post office, doctor's surgery and a number of shops and other significant amenities, although these represent a fraction of the businesses that once fronted the main road – Ynyshir Road during the village's heyday.[4] It is also home to local football teams Ynyshir Albions and Ynyshir and Wattstown Boys Club.

Until the mid-18th century Ynyshir was a sparsely populated agricultural area. Then in the 1840s the first deep coal mine was sunk in the village,[5] representing the first colliery to be opened in the Rhondda Fach valley, and consequently Ynyshir also represents the earliest colliery settlement of the valley.[6]

The initial development of the village began along the west bank of the Rhondda Fach river within the parish of Ystradyfodwg on the land occupied by Ynyshir farm, later followed by the development east of the river within the parish of Llanwonno on land owned by Maendy and Penrhiw farms. By 1900 much of the village which is evident today was in place.

In 1841 the Taff Vale Railway reached neighbouring Dinas and with the train came far greater commercial opportunities for prospective colliery owners, with the first section of the Rhondda Fach Branch of the Taff Vale railway being marked by the extension of the railway from Porth and Dinas to Ynyshir in 1849.[7] 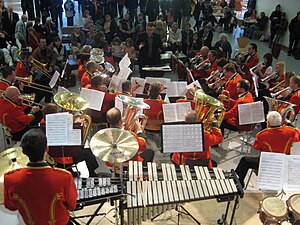 In 2009 the new modern £5.5 million Ynyshir Community Primary School located on Llanwonno Road was opened;[10] this was to replace the previous Ynyshir Junior School and later in 2010 also replaced the old Ynyshir Infants School off Gynor Place.

Shepherd and Evans sank the first deep mine in Ynyshir[11] in 1845. The mine was subsequently bought by Francis Crawshay to supply the Crawshay Ironworks in Treforest. The Ynyshir colliery would be followed by the Ynyshir Steam Colliery, Standard 1 pit in 1875 and Standard 2 pit in 1876 [12][13] and then in 1904 the Lady Lewis opened, which was later connected underground to the Lewis Merthyr Consolidated Collieries (today the Rhondda Heritage Park) at Hafod (Trehafod).[14]

Between 1849 and 1856, the Taff Vale Railway opened the Maerdy Branch from Porth, including a station at Ynyshir. Passenger services were withdrawn in 1964, and the line closed completely and was lifted from June 1986 after coal from Mardy Colliery was raised through Tower Colliery.

In 2005, the A4223 Porth and Lower Rhondda Fach Relief Road was constructed, which follows the old Rhondda Fach branch railway line through Ynyshir, past Wattstown and on to Pontygwaith. Its construction has meant a significant decrease in traffic flows through the village.[15]