St Briavels (pronounced Brevels) is a medium-sized village and parish in the Forest of Dean in west Gloucestershire; adjacent to the border with Monmouthshire. The village lies five miles south of Coleford. It stands almost 800 ft above sea level on the edge of a limestone plateau above the valley of the River Wye, above an ancient meander of the river. To the west, Cinder Hill drops off sharply into the valley.

The village, once known as 'Ledenia Parva' (Little Lydney),[2] is sheltered behind the crumbling walls of its 12th century moated Norman castle,[3] which was garrisoned by Miles of Gloucester for King Henry I as early as 1130. The castle was later granted to him with the Forest of Dean in July 1141 when he was made Earl of Hereford.

St Briavels Castle has been a Norman fortress, a Royal castle and hunting lodge of King John, and was also visited by Henry II, who made the castle the administrative and judicial centre for the Forest of Dean. It has also been a prison, a school and a private house, but today it is a youth hostel.

Little is known about the origin of St Briavels. The name is thought to be from a much-travelled early Christian missionary, Brioc, whose name also appears in places as far afield as Cornwall and Brittany.

Later King Offa of Mercia built Offa's Dyke from the mouth of the River Wye near Chepstow to Chester and local remains can still be seen in the nearby Hudnalls Wood. The Normans thought it an ideal site for one of the many castles built from Chepstow to Chester to check the intrusion of the warlike tribesmen from the Kingdom of Gwent into the more peaceful areas east of the Severn and Wye rivers. At Windward, the highest point in the parish, the land rises to 800 ft above sea level; the castle itself is somewhat lower at 600 ft and nestles into the hillsides, with a commanding view of the Wye Valley between Tintern and Redbrook.

The castle and St Mary's Parish Church, built in 1089, must have been the site of a considerable community, for the castle was the home of the Constable of the Forest of Dean, a region stretching northwards and eastwards toward the city of Gloucester. Cut off from the rest of England by the tidal Severn River to the east and the treacherous tidal Wye to the west, the Forest was in many ways more isolated than most other parts of the country. As a result, this area produced a culture, language and way of living peculiarly its own. The Forest is full of ancient customs and traditions.

In 1155 the castle and the Forest of Dean were held by the Crown after the revolt of Roger Fitzmiles, 2nd Earl of Hereford. It then remained as a Crown possession for the rest of the Middle Ages.

Between 1876 and 1959, while industry was booming in the Forest of Dean, St Briavels was served by the Wye Valley Railway, and St Briavels Station was situated a mile away near Bigsweir bridge. The line closed to passengers in 1959 and freight in 1964 by which time the station had closed.[4]

Coal mining, iron ore extraction, stone quarrying and forestry with Verderers have all been important primary sources of income in the Forest of Dean.

In the Middle Ages, local miners were highly valued for their digging skills during military campaigns. It is said that, after a particularly successful job undermining the foundations of Berwick Castle at Berwick-on-Tweed, King Edward I granted 'Free-Mining' status to all Forest of Dean coal and ore miners. This authority gave Freeminers the right to dig for minerals anywhere in the Forest of Dean except beneath churchyards, orchards and gardens. To be a Freeminer, an individual has to be "born and abiding within the Hundred of St Briavels, of the age of 21 and upwards who shall have worked for a year and a day in a coal or iron ore mine or stone quarry within the Hundred".

In the past, open cast stone mining was prevalent in the woods to the west of the village. Many millstones used in the mills and cider presses of the time were quarried in the Hudnalls and rolled down the hillside to be transported away by barges on the River Wye. Between the 16th century and 18th century timber from the Forest was heavily relied upon for the construction of ships - and almost became exhausted, supplying to the demands of Drake, Raleigh and Nelson.

A Forester, is a resident natural of the Forest of Dean, born within the Hundred of St Briavels. There are still several traditional Forester families living and working in the area keeping the ancient traditions and rights alive.

Freemining, free roaming sheep grazed on common land, and grazing of pigs in the Forest, are rights and responsibilities extended to the people of St Briavels that are still exercised today, although more so elsewhere in the Forest of Dean.

Other peculiarities to the area include the ancient right for 'sheep badgers' to let their flocks roam freely and pigs were also allowed to forage freely in the Forest. Firewood was also allowed to be gathered from the local Hudnalls wood. 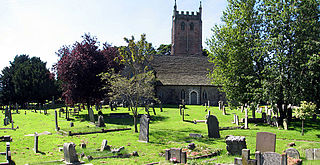 The village has one pub - The George, a junior school, a church, two chapels and a doctors' surgery. The Congregational church, dating from the 1870s, has Gothic Revival architecture.

Village life today is centred on the school, church, the Pavilions and the Assembly Rooms, which has a hall with a stage for entertainment and special events for the local close knit community. It also has a small office for hire with Internet and telephone options. Today the Pavilions hold a very popular and well established monthly 'Local Produce and Suppliers Market', a local farmers' market offering a fine selection of organic vegetables, rare breed pedigree pork, award-winning local cheeses, cider, wine, honey and a range of delicacies otherwise usual to London's specialists, Fortnum & Mason.

The St Briavels Assembly Rooms are used by the community for classes, playgroups and various events.

The general character of the village is typified by a mid-19th-century core, complemented to the east by a large number of houses built during the 1970s.[5] Although many residents now no longer work in the area the village retains a relatively vibrant community.

The St Briavels Bread and Cheese Dole tradition is said to date back to the time of Miles de Gloucester, 1st Earl of Hereford (then lord of the Forest of Dean) in the 12th century. Each year on Whit Sunday bread and cheese is thrown from the wall of the castle to local 'Dole Claimers' dressed in mediæval costume. 'Dole claimers' could be anyone who paid a penny to the incumbent Earl of Hereford entitling them to gather firewood from the nearby Hudnalls wood. Some believe in the power of these edible morsels and preserve them for good luck (miners originally used them as charms to protect against accidents underground). Today some people choose to place them in matchboxes and rest them under their pillow to inspire dreams of the future.

An annual summer fête, known as 'The Carnival', attracts large crowds and is usually held on the second Saturday afternoon in June. Five carnival floats gather and fancy dress contestants congregate around the village green. The floats include St Briavels School, St Briavels Infants, St Briavels Juniors, St Briavels Playgroup and the Carnival Queen Float. The floats then process through the village, finally parking at the bottom of the recreation ground.

Upper Meend and Lower Meend are locales situated on the west of the village on the slope leading down to the valley floor where the River Wye runs. Nearby hamlets and settlements include St Briavels Common (which has not been common land since the Enclosure Acts but retains its name), Cold Harbour (an old English place name),[7][8] Mork, the Hudnalls, and Triangle, which lies towards Brockweir. The villages of Llandogo, Penallt and Whitebrook lie on the Monmouthshire side of the Wye Valley. At the base of the valley, Bigsweir is the site of one of the world's first iron bridges; the Bigsweir Bridge across the Wye.

St Briavels railway station was a station along the Wye Valley Railway. It was built in 1876 during the construction of the line on the Monmouthshire side of the River Wye at Bigsweir, and was intended to serve the nearby villages of St Briavels, across the river in the Forest of Dean, and Llandogo, which is further down the Wye Valley. It was closed on 5 January 1959 when the line was closed to passenger services. St Briavels station was renamed three times during its life: firstly Bigsweir Station, then St Briavels and Llandogo Station, and finally St Briavels Station.[4]