Historic Environment Scotland is a non-departmental public body with charitable status responsible for historic monuments in Scotland. It was founded in October 2015 from a merger of Historic Scotland, a government executive agency, with the Royal Commission on the Ancient and Historical Monuments of Scotland.

The Royal Commission on the Ancient and Historical Monuments of Scotland was created in 1908: the first of three such bodies in Great Britain, recording ancient monuments requiring for protection. Historic Scotland was established by Parliament in 1991, and later became a body handed over to the devolved administration on the creation of the latter.

The origin and role of Historic Scotland are described as: 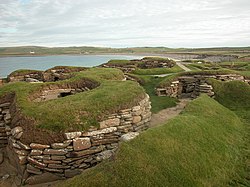 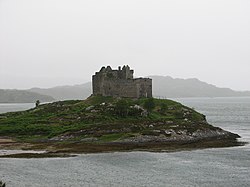 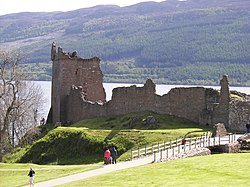 Historic Scotland is a successor organisation to the Ancient Monuments Division of the Ministry of Works and to the Scottish Development Department. It has similar functions to its counterparts in other parts of the United Kingdom:

Historic Environment Scotland, like its predecessor, has a dual role in relation to historic buildings, with which Scotland abounds; it owns or manages several of the most important buildings, and it also administers the system of listed buildings.

Its role has not been without controversy. In 2002, proposals to restore Castle Tioram in Lochaber in Inverness-shire, by putting a roof back on, were blocked by Historic Scotland, which favoured stabilising it as a ruin, and this position was supported in an extensive local public inquiry.[1] It has been implied that this dispute has led to a review of the operations of the organisation.[2]

Historic Environment Scotland has direct responsibility for maintaining and running over 360 monuments in its care, about a quarter of which are manned and charge admission entry. These properties have additional features such as guidebooks, books and other resources, published by HMSO or private publishing companies. Since its inception it has increased the number of events run at its sites, most frequently designed to engage young people with history. Similarly, new museums and visitor centres have been opened, notably at Arbroath Abbey and Urquhart Castle. There is also a hospitality section, which makes some properties available for wedding receptions and other functions.

A Membership scheme for Historic Scotland is promoted by the organisation, with benefits such as free entry to all their properties free of charge for the duration of the annual membership. It also gives entry to properties in England under the care of English Heritage and those in Wales under the care of Cadw for half price in their first year and free for subsequent years. Life memberships are also available. The body publishes a quarterly magazine for use of members.