Upper Beeding is a village and parish in Sussex. It is located at the northern end of the River Adur gap in the South Downs four miles north of Shoreham-by-Sea. The site is a bridging point over the river: on the opposite bank are Bramber and Steyning, making the whole area somewhat built-up. The civil parish also includes the smaller village of Small Dole to the north (nearer to Henfield), and the village of Edburton to the north-east.

Upper Beeding is on the northern edge of the South Downs National Park which was created in 2010. The South Downs Way and Monarch's Way long-distance footpaths run through the parish; the area is popular with walkers, cyclists and equestrians. The village boasts two pubs: The Rising Sun and The Kings Head. A third pub, The Bridge Inn, closed down in 2009. 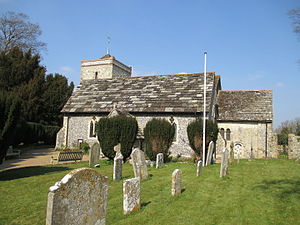 The community was originally (and for the majority of its history) called Beeding, with the civil parish changing to Upper Beeding in modern times (date unknown). As is common in such cases, the ecclesiastical parish retains the original name (hence it is the parish of Beeding, and the parish church is Beeding Church). In the early 13th Century the monks of Sele Priory (St Peter's Church, Beeding) began a mission to the area of St Leonard's Forest near Horsham, and established a small mission base, naming it Lower Beeding. Despite being some ten miles away, Lower Beeding remained a part of (Upper) Beeding parish until Victorian times. The existence of Lower Beeding led to differentiation in the name of the original Beeding in some mediæval sources, but always as River Beeding. For this reason the prefix Upper is still ignored by many local people today, who refer to their community by the original (and current ecclesiastical) title of Beeding.

In Saxon times Beeding had a near neighbour, the hamlet of Sele. Today's village of Upper Beeding incorporates both communities, with the village centre located between the sites of the two original Saxon settlements. Saxon Beeding was closer to the Dacre Gardens area of modern Beeding, whilst Saxon Sele was nearer to the parish church (Sele Priory Church of St Peter) in modern Beeding.