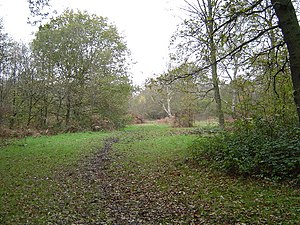 The Middlesex Greenway is a walking route 45 miles long, running through along the western and northern edges of Middlesex, devised in the 1990s by Stephen J Collins as a regional route, and published in a booklet.[1].[2] 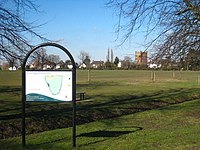 The Middlesex Greenway runs from Staines, at the county border with Surrey, and runs northwards up the River Colne, which forms the western border of Middlesex, to Uxbridge. From here it heads eastwards and out north-eastwards through suburbs and countryside to reach the north-easternmost corner of the county on the River Lea north of Enfield Lock.

The whole route is within Middlesex, passing along the county border in a few places.

The Greenway takes in a variety of scenery, including the city and the suburbs, "Metro-Land", industrial lands, canal towpaths, riverbanks, farms, woods and open countryside, in particular in the north of the county..