Llansannan is a rural village]] and parish in Denbighshire. It lies on the bank of the River Aled about eight miles to the south of Abergele and nine miles to the west of the county town Denbigh. The population was 1,291 in 2001[1]

A village landmark is the statue of the "Little Girl" that commemorates notable figures from the area.[2] The work of William Goscombe John, the statue was officially unveiled in 1899, shortly after the death of local politician T. E. Ellis, whose brainchild it had been.

The parish church of St Sannan is a grade II* listed building.[3] 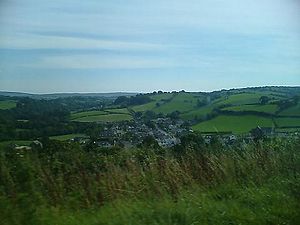 This Denbighshire article is a stub: help to improve Wikishire by building it up.