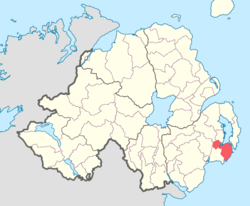 In mediæval times the Ó Coltair (Coulter) sept is noted in the Lecale Lower area, of which the townland of Ballyculter gets its name.[2][3]

Below is a list of the villages and population centres in Lecale Lower:[5][6]