From Wikishire
(Redirected from Hucknall Torkard)
Jump to: navigation, search

The town is the northern terminus for the Nottingham Express Transit tram system as well as sharing a station on the Robin Hood Line. There is also a stop at Butler's Hill/Broomhill. The town used to be on the A611 but this has now bypassed the town to the west with a single-carriageway road with roundabouts, with access to junction 27 of the M1, some three miles away. The tram line was built from 2002–2004 and currently runs from Hucknall to the Station Street terminus next to Nottingham railway station. 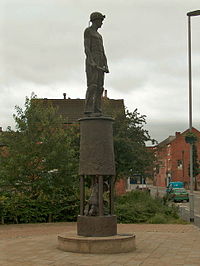