Hendon is a town in Middlesex within the metropolitan conurbation.

The River Brent runs trough Hendon. On 30 Nov 2009- The Environment Agency warned residents of a flooding along River Brent from Hendon to Brentford, after a day of notably heavy rain. Several premises were temporally flooded in Brentford and Perivale.[1]

The manor of Hendon is described in the Domesday Book of 1086, but the name, 'Hendun' meaning 'at the highest hill', is earlier. There is even evidence of Roman settlement discovered by the Hendon and District Archaeological Society and others; an urn burial of a headless child was found in nearby Sunny Hill Park.

The Midland Railway and the Great Northern Railways were built through Hendon in the 1860s, a which triggered the vast suburban growth of the town, though it was not an immediate change from Hendon's agricultura character; there is evidence of problems of wild horses feeding between the tracks.

The underground, at Golders Green arrived in 1907. Much of the area developed into a suburb of London and now the area is mostly built up with some countryside in the Mill Hill area, such as the Copthall Playing fields. Hendon big industry was mostly centred on manufacturing, and included motor and aviation works, and developed from the 1880s. In 1931 the civil parish of Edgware was abolished and its area was added to the great civil parish of Hendon.

Hendon’s claim to fame is in flying and Hendon Aerodrome [2] is now the RAF Museum.[3] The area is closely associated with the aviator Claude Grahame-White. Another part of the Aerodrome site is the Hendon Police College, the training centre for the Metropolitan Police. The Metropolitan Police Book of Remembrance [4] is displayed in the entrance of Simpson Hall at the centre. There is also a memorial garden. 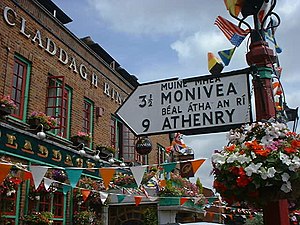 Hendon and District Archaeological Society has found a number of interesting Roman artifacts at Church End but nothing conclusive, and the Saxon settlement near to St Mary's Church may not be a continuation of its Roman predecessor. The Domesday Survey mentions a priest, and a church building was documented in 1157. The oldest fabric of the present church is 13th century. The 50 ft tower (c1450) was much restored in the 18th century when the weathercock in the form of a "Lamb and Flag", the badge of St. John, was added. However, the church is dedicated to St. Mary, an enigma that defies local historians to this day. It may be a sign of the (heretical) cult of Mary Magdalene said to have been promoted by the Templars and their successors. Eastern extensions carried out between 1913-15 to designs by architect Temple Moore have greatly expanded the church. Sir Stamford Raffles, founder of Singapore in 1819, is buried in the church. Bram Stoker may well have had St. Mary's graveyard in mind when he created the fictional "Kingstead", the uneasy resting place of Lucy Westenra, in his book Dracula. However, St. Mary's graveyard is also the resting place of a more benign spirit, Coventry Patmore's wife Emily, the model for the poem The Angel in the House (1854), and upon whom the Victorian ideal of domesticity "the Angel of the Hearth" is based.

West of the church is the Greyhound pub which was rebuilt in 1898. Originally called the Church House, it was used for vestry meetings from the 1600s to 1878. In 1676 the inn, by then known as the Greyhound, burned down in a fire. In 1855 a fire brigade was established, renamed the Hendon volunteer fire brigade in 1866, and a manual fire engine was kept in a building near the church. Further west is the former Church Farmhouse Museum, (1955-2011).

The Claddagh Ring pub in Church Road, Hendon somewhat more than 9 miles from Athenry. Although the sign is Irish, it does point to a large Irish community in this area. Another pub, the Midland Hotel pub was originally called the Midland Arms, and was opened during the 1860s by a Mr Tasker to provide liquid refreshment for navvies working on the building of the Midland Railway, and many were Irish. The Irish connection with Hendon goes back at least to the early 19th century when many of that country came here to make the hay, for which Hendon was then famous.

The Burroughs was a distinct hamlet until the 1890s, known from 1316 until the 19th Century as 'the burrows', which no doubt referred originally to the keeping of rabbit warrens. After the outbreak of myxomatosis in the 1950s, rabbits were smoked out of the area using steam engines.

During the 18th century, some of the immediate estate surrounding Hendon Place was auctioned off for large houses, with much of the land being used for building other mansions. Of these, Hendon Hall (now a hotel), built in 1756 at the corner of Ashley Lane, is the last remaining and perhaps the best known.

The suggestion that David Garrick the actor lived here while he was Lord of the Manor (1765–79) is without foundation. A small obelisk in the hotel garden dedicated to William Shakespeare and David Garrick originally stood in Manor Hall Road until 1957. A ceiling painting by Tiepolo, Olympia and the Four Continents, was uncovered in 1954 [1], now in the Met [2]; but two other large ceiling paintings are still in the house.

A Mr. Somerville laid out Waverley Grove and Tenterden Grove in the 1860s, and by the end of the 19th century the estate saw further development by C.F. Hancock, including houses. On Parson Street, St. Swithans was for many years a convent and training house of the Sisters of Nazareth. It is now a Jewish School. Further north is Holders Hill House, now Hasmonean High School.[5]

Brent Street was part of a northern route out of London, and at the Quadrant a seven-mile stone - the last piece of physical evidence for the road - is set into a wall. Much of the original small hamlet in Brent Street, which had been there since at least 1613, burned down in a fire in 1861. Brent Street had a parish pump, which was in disrepair in 1818 owing to the numerous thirsty travellers using the road, and from 1796 there was a cage for criminals (removed in 1883), which stood at the junction of Brent Street and Bell Lane and is now commemorated by a blue plaque outside the public lavatory. By the 1850s there were at least 13 shops in Brent Street. Congregationalists built a chapel (1855) and a school in New Brent Street (1856), which later moved and became Bell Lane Board School (1901). Tenby House is the last of three large properties that were built between Finchley Lane and Victoria Road. The Victoria Estate was developed around Victoria and Stratford Roads in the 1870s and 1880s. The cricketer and footballer Denis Compton was brought up here and lived at 20 Alexandra Road, attending Bell Lane Primary School. New Brent Street was the address of the local police office in 1855 (a later station, next to the Post Office at the corner of Brampton Grove and dating from 1884, was demolished in 2002). Christ Church was opened in October 1881 as a chapel of ease for St. Mary's, becoming a parish church in 1923.

During the 20th century, a number of small factories were established in the area. The largest was Tilley Lamps Ltd (1915 to 1961), which employed around 300 people and manufactured pressure paraffin lamps (rather charmingly called Aladdin lamps in the 1930s). In December 1969, planning permission was granted for the development of a new shopping precinct on Brent Street to be called Sentinel Square, at a cost of £1.5 million, and within a year the old Rose and Crown pub, the Classic Cinema (once called the Gala), and a number of shops had been replaced with a collection of modernist shops and a Tesco supermarket. The Odeon at the Quadrant was opened in 1939 at what had been Cook's Corner in Parson Street. It was pulled down in 1979 and the site redeveloped.

Salisbury Plain is a piece of wasteland in front of The Load of Hay (a pub demolished in 2004), where animals destined for Smithfield were penned overnight. There is a small collection of 18th century houses along Shirehall Lane, two with fire plaques. Penfold House in Brent Street (not far from The Load of Hay) is said to have been built in 1713. It is believed it had been a lodge for drovers bringing cattle up to London, and it was known as Albert Cottage until 1923. Near to Brent Green was Goodyers House (demolished in 1934), named after an important Hendon family. Where Goodyers House was is now a cul-de-sac called Goodyers Gardens with about 10 or 11 houses. Number 11 was the main house when Goodyers House was still standing. Hendon Park was laid out on Step Fields, part of the Goodyers House estate, and was opened as Queen's Park in 1903. In July 1940, there was a particularly large propaganda rally held in Hendon Park - "Rout the Rumour", the first of its kind in England. Hendon House was home to John Norden, the renowned 16th century cartographer, but was demolished and replaced with Hendon School.

A little further down the road is a small gothic complex called the Alma White Centre. In 1893 the Rev W.H.Seddon, Hon Secretary of the Church Army, purchased Fosters, in Brent Street, with the intention of building "a Rescue Home (for fallen women), with a Chapel attached". The site became St. Saviour's Homes in 1897, caring for "feeble minded" women. In 1926 it was taken over by the Pillar of Fire Society as a bible college, school and chapel. This site has now been redeveloped as 'The Pillar' hotel and function suites.