Origin of the name Chequers

The original house probably gained its name in the 12th century because it may have been built or inhabited by an individual named Elias Ostiarius (or de Scaccario), who was acquiring land in the Ellesborough area at the time. The name "Ostiarius" meant an usher of the Court of the Exchequer. Elias Ostiarius' coat of arms included the chequer board of the Exchequer, so it is likely he named his estate after his arms and position at court. The house passed through generations of the De Scaccario family (spelt in many different forms) until it seems to have passed into the D'Awtrey family, whose name was eventually anglicised to Hawtrey.

Another explanation sometimes offered is that the house is named after the chequer trees (Sorbus torminalis) that grow in its grounds. There is a reference to this in the book Elizabeth: Apprenticeship by David Starkey, which describes the early life of Elizabeth I.

There has been a house on the site since the 12th century; however, little is known of the early history of the 16th-century mansion known today as Chequers.

What is known is that William Hawtrey restored and enlarged the house in 1565. A reception room in the house bears his name today. It was this same William Hawtrey who, immediately after completing the house, guarded a royal prisoner at Chequers—Lady Mary Grey,[1] younger sister of Lady Jane Grey and great granddaughter of King Henry VII. She had married without her family's consent and was banished from court by Queen Elizabeth I and kept confined to ensure that she had no descendants.[2] Lady Mary remained at Chequers for a period of two years. The "cell" where she slept from 1565 to 1567 is still kept in its original condition.

Through descent in the female line and marriages, the house passed through several families: the Wooleys, the Crokes and the Thurbanes. In 1715, the then owner of the house married John Russell, a grandson of Oliver Cromwell. The house is well known for this connection to the Cromwells, and it still contains a large collection of Cromwell memorabilia.

In the 19th century, the Russells (by now the Greenhill-Russell family) employed William Atkinson to make modern alterations to the house in the Gothic style. The Tudor panelling and windows were ripped out and battlements with pinnacles installed. Towards the end of the 19th century, the house passed through marriage to the Astley family. Instead of taking up residence, they let the house to the Clutterbuck family, who loved the house so much that when they left in 1909 they had a near replica built in Hertfordshire at Putteridge Bury.

Following the Clutterbucks' departure, the house was taken on a long lease by Mr and Mrs Arthur Lee. Lee and his wife Ruth (an American heiress) wanted a country home, and Chequers suited their requirements. They commenced restoration; the Gothic "improvements" were removed and the Tudor style house seen today re-emerged from the scaffolding. In 1912 following the death of the last of the house's ancestral owners (Henry Delavel Astley), Ruth Lee and her sister purchased the property and later gave it to Arthur Lee.

During World War I the house became a hospital and then a convalescent home for officers.

Sir Arthur and Lady Lee were childless and so without an heir, and As the war progressed, determined to make the house a gift to the nation. They considered that while previous Prime Ministers had always belonged to the landed classes, the war was to bring great change to society and politics. A new breed of politician had arisen, men who did not have the country halls of previous prime ministers in which to entertain foreign dignitaries, or a tranquil place to relax from the affairs of state. Chequers could serve as that place. After lengthy discussions with then Prime Minister David Lloyd George, the Lees granted a Deed of Indenture dated 24 November 1917 granting Chequers for this purpose, retaining a tenancy for 21 years or until their deaths, which was confirmed by the Chequers Estate Act 1917.

Arthur and Ruth Lee, by this time Lord and Lady Lee of Fareham, left Chequers on 8 January 1921 after a final dinner at the house. A political disagreement between the Lees and Lloyd George soured the hand-over, which went ahead nevertheless.

The Deed of Indenture, of which a copy is Scheduled to the Chequers Estate Act 1917, recites the intention of the gift:

It is not possible to foresee or foretell from what classes or conditions of life the future wielders of power in this country will be drawn. Some may be as in the past men of wealth and famous descent; some may belong to the world of trade and business; others may spring from the ranks of the manual toilers. To none of these in the midst of their strenuous and responsible labours could the spirit and anodyne of Chequers do anything but good. In the city-bred man especially, the periodic contact with the most typical rural life would create and preserve a just sense of proportion between the claims of town and country. To the revolutionary statesman the antiquity and calm tenacity of Chequers and its annals might suggest some saving virtues in the continuity of English history and exercise a check upon too hasty upheavals, whilst even the most reactionary could scarcely be insensible to the spirit of human freedom which permeates the countryside of Hampden Burke and Milton. Apart from these more subtle influences, the better the health of our rulers the more sanely will they rule and the inducement to spend two days a week in the high and pure air of the Chiltern hills and woods will, it is hoped, benefit the nation as well as its chosen leaders. The main features of this scheme are therefore designed not merely to make Chequers available as the official country residence of the Prime Minister of the day, but to tempt him to visit it regularly and to make it possible for him to live there, even though his income should be limited to his salary. 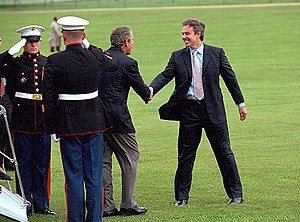 A stained glass window in the long gallery of the house commissioned by Lord and Lady Lee of Fareham bears the inscription:

This house of peace and ancient memories was given to England as a thank-offering for her deliverance in the great war of 1914–1918 as a place of rest and recreation for her Prime Ministers for ever.

The property houses one of the largest collections of art and memorabilia pertaining to Oliver Cromwell in the country. It also houses many other national antiques and books held in the famous 'long gallery|long room', including a diary of Admiral Lord Horatio Nelson. However, the collection is not open to the public.

Nearby Coombe Hill was part of the estate until the 1920s when it was given to the National Trust. Coombe Hill and the Chequers Estate are part of the Chilterns Area of Outstanding Natural Beauty, designated in 1965.

During the early part of Second World War, it was considered that security at Chequers was inadequate to protect the Prime Minister, Winston Churchill. He therefore used Ditchley in Oxfordshire until late 1942, by which time the approach road, clearly visible from the sky, had been camouflaged and other security measures had been put in place.[3][4]

Downing Street and Chequers are about forty-one miles apart.