Castleford is a town in the West Riding of Yorkshire. An ancient place, it was a Roman town long before it became an industrial powerhouse.

It stands near Wakefield, by the M62 motorway. The north of Castleford the River Calder joins the River Aire and the Aire and Calder Navigation canal.

In the late 1st century, or at least before 180 AD, the Romans built a legionary fortress known as Lagentium or Legioleum where Castleford stands, and a civilian town grew up around it. Here travellers waited for the River Aire to become low enough to ford the river in order to cross it. One of the most notable Roman town centre sites is that of the Bath House on Aire Street. Lagentium was occupied at least until the end of the Roman period (about 410 AD).

In the Anglo-Saxon period a village grew here by the ford, known as Casterford ("Fort Ford"), which name evolved into the village of Castleford.

A long verse chronicle, written in Northern English, possibly written by a resident of the area, recounting the traditional history of Britain is known as "Castleford's Chronicle".

Long before heavy industry, Castleford gained a reputation for flour milling, which remains a busy industry; Allinson’s Stoneground flour mill, located on Aire Street, has the world’s largest capacity for stone-ground flour production. The site has been used for milling flour since Roman times.

The town we know today is a result of its expansion during the Industrial Revolution. During this period it was a boomtown; its population increased from below 1,000 to over 14,000 in just ninety years. This growth was built principally upon Castleford’s importance as a mining town. Although there had been mining in the area since the early 16th century, deep mining only commenced in 1868 with the establishment of the Wheldale pit. It was also an important centre for the manufacture of glass, pottery and, to a lesser extent these days, chemicals.

About the town today 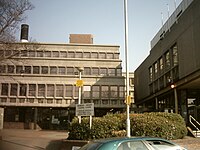 Modern Castleford has a population of 37,713 and has become an major regional destination with the recent openings of the Freeport Shopping Village and the Xscape leisure complex which includes a real ski slope.

Until closed in the recession in 2011 were:

Some areas of Castleford are poor and run down. In part, this is because of the closure of the collieries in the 1980s and 1990s. Official male unemployment rates reached 20% in the mid-1980s. 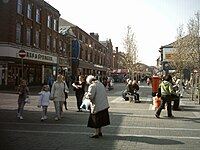 Carlton Street is one of several economic developments in the town, including new retail and residential development, an architect-designed library and art museum and a new bus/rail transport interchange.

Castleford offers the nearest available shopping for residents of the new Allerton Bywater Millennium Community, to the north of the town across the River Aire. This is a development of commercial and community space and over 500 homes, some of which have been built using innovative and modern off-site manufacturing techniques. Allerton Bywater is the second development in a Millennium Community programme, which started with Greenwich Millennium Village at Greenwich Peninsula, London. 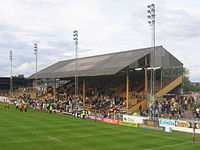