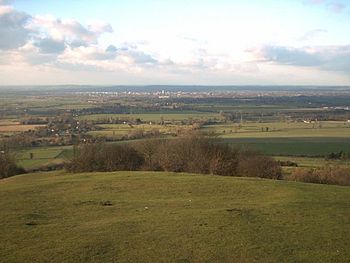 View over the Vale of Aylesbury from Coombe Hill

The Vale of Aylesbury is a large area of flat land in the midst of Buckinghamshire. It may be characterised as the wide valley between the scarp of the Chilterns to the southeast and the lower hills to the northwest, where the River Thame and its tributaries run.

The vale has fine agricualtural land.

The vale is named after Aylesbury, the county town of Buckinghamshire. Two other towns lie within the vale and they are Winslow and Buckingham.

The bed of the vale is largely made up of clay that was formed at the end of the Ice Age. Also at this time the vast underground reserves of water that make the water table higher than average in the Vale of Aylesbury were created. 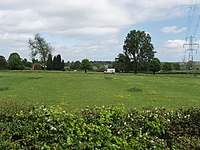