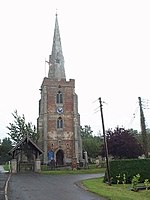 Tysdale House is an early 16th century Grade II listed Hall with later alterations. The building was originally H Shape with an open Hall, which was floored in the 17th century and the plan changed in the 18th.[11][12] 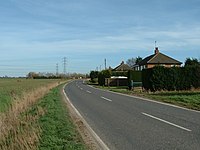 Tydd Station was a railway station on the Peterborough and Sutton Bridge Branch of the Midland and Great Northern Joint Railway, which opened in 1866 and closed in 1959.[15]

During the First World War an airfield was established here, during late 1916 or early 1917 as a Home Defence airfield for night patrols. It was used by 51 squadron whose headquarters were at Marham B Flight, established at Tydd St Mary in the summer of 1917.[16]