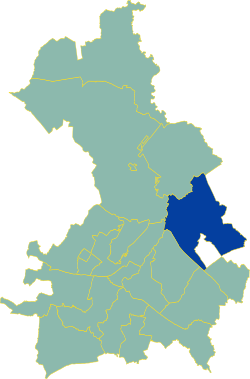 Staploe is a hundred of Cambridgeshire, in the east of the county, adjacent to the border with Suffolk. It is bordered by Ely to the north; by South Witchford to the north-west; by Northstow to the west; by Staine to the south-west; by Radfield to the south; by Cheveley to the south-east; and by Suffolk to the east. It had a population of 24,333 in 2011.