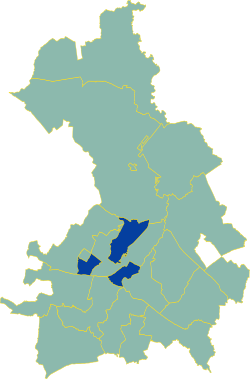 *: Remainder in Northstow hundred.
Those parts of Cambridge east of the Cam are locally situate in Flendish hundred.