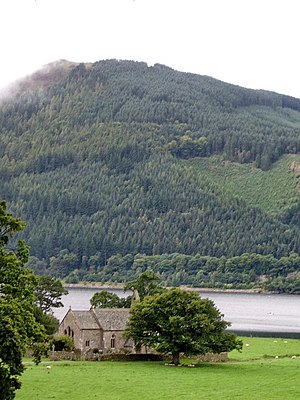 St Bega's Way is a 36-mile walk through rural Cumberland from the coast at St Bees and up into the north-west corner of the Lake District. The name is given from the two churches at either end of the trail, both named after St Bega. The trail was first publicized in a booklet sold to raise money for St Bega's Church in Bassenthwaite.

The route is usually completed as a leisure walk over three days, but has also been used as the basis of a single day competitive Ultramarathon.

It is usual to walk in the easterly direction given with the prevailing wind on the back, but when run it is frequently done in the opposite, westerly, direction, downhill.

Although the route is named after St Bega it is entirely the invention of Rosalinde Downing, who described it in a small booklet.[1] Several commercial organisations offer guided or assisted vacations based on the walk.