Seaforth Island is an uninhabited island in the Outer Hebrides. Unlike many other islands of the Outer Hebrides which are mainly surrounded by open sea, Seaforth Island lies in a narrow fjord-like sea loch named Loch Seaforth, five miles from the open waters of the Minch. There are two different Gaelic names for the island. Mulag is from the Old Norse name Múli, which describes its geographical location, and the other is after the family of Francis Mackenzie, 1st Baron Seaforth, who inherited the island in 1783.

The island has poor soil which only supports rough grazing.

There are no census records indicating inhabitation in the recent past, although the loch area was the subject of border disputes in the 19th century. With Harris forming part of Inverness-shire, Lewis part of Ross-shire and Seaforth in between, it is not obvious to which county it belongs. The dispute was settled in 1851 by the unusual decision to allocate the whole of Seaforth Island to both counties, and also jointly to the parishes of Harris and Lochs. 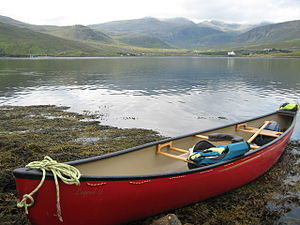