Quarry Bank Mill (also known as Styal Mill) in Styal, Cheshire, is one of the best preserved textile mills of the Industrial Revolution and is now a museum of the cotton industry. It was built in 1784, established by Samuel Greg. The mill was notable for the innovative approach to labour relations, largely as a result of the work of Greg's wife, Hannah Lightbody.

The Mill is today a Grade II* listed building[1] and is owned by the National Trust, which keeps it open as an industrial museum.

Quarry Bank Mill and inspired the 2013 television series The Mill.[2]

Quarry Bank Mill is on the outskirts of Styal in Cheshire, abutting and to the south of Manchester Airport.

The mill stands on the bank of the River Bollin, which provided water to power the waterwheels. It was connected by road to the Bridgewater Canal for transporting raw cotton from the port of Liverpool.[3] The site consisted of three farms or folds.

Samuel Greg leased land at Quarrell Hole on Pownall Fee from Lord Stamford, who imposed a condition that 'none of the surrounding trees should be pruned, felled or lopped´; maintaining the woodland character of the area.

The factory was built in 1784 by Greg[4] to spin cotton. When Greg retired in 1832 it was the largest such business in the United Kingdom. The water-powered Georgian mill still produces cotton calico. The Gregs were careful and pragmatic, paternalistic millowners, and the mill was expanded and changed throughout its history. When Greg's son, Robert Hyde Greg, took over the business, he introduced weaving. Samuel Greg died in 1834.

The mill's iron water wheel, the fourth to be installed, was designed by Thomas Hewes and built between 1816 and 1820. Overhead shafts above the machines were attached to the water wheel by a belt. When the wheel turned, the motion moved the belt and powered the machinery. A beam engine and a horizontal steam engine were subsequently installed to supplement the power. The Hewes wheel broke in 1904 but the River Bollin continued to power the mill through two water turbines. The mill owners bought a Boulton and Watt steam engine in 1810 and a few years later purchased another because the river's water level was low in summer and could interrupt production of cloth during some years. Steam engines could produce power all year round.

Today the mill houses the most powerful working waterwheel in Europe, an iron wheel moved from Glasshouses Mill at Pateley Bridge designed by Sir William Fairbairn who had been Hewes' apprentice.

The estate surrounding the mill was developed and Greg converted farm buildings in Styal to house workers. As the mill increased in size, housing was constructed for the workers.[6] A chapel and a school were built by the Gregs who moved into Quarry Bank House next to the mill.

The estate and mill were donated to the National Trust in 1939 by Alexander Carlton Greg and are open to the public. The mill continued in production until 1959. In 2006 the National Trust acquired Quarry Bank House and its gardens and, in 2010, the gardener's house and the upper gardens.[7] In 2013 the mill received 130,000 visitors.[8] In 2013, the trust launched an appeal to raise £1.4 million to restore a worker's cottage, a shop and the Greg's glasshouses and digitise records relating to Gregs and the mill workers.[8]

Quarry Bank is an example of an early, rural, cotton-spinning mill that was initially dependent on water power. The first mill was built by Samuel Greg and John Massey in 1784. Its design was functional and unadorned, growing out of the pragmatism of the men who felt no need to make a bold architectural statement.[9] It was a four-storey mill measuring 28 feet by 90 feet, with an attached staircase, counting house and warehouse. It was designed to use water frames which had just come out of patent, and the increased supply of cotton caused by the cessation of the American War of Independence. The water wheel was at the north end of the mill.

The mill was extended in 1796 when it was doubled in length and a fifth floor added. A second wheel was built at the southern end. The mill was extended between 1817 and 1820 and a mansard-roofed wing extended part of the 1796 building forward beneath which the wheel was installed. The new building kept the 1784 detailing with respect to line and windows.[10] The 1784 mill ran 2425 spindles, after 1805 with the new wheel it ran 3452 spindles.[11]

Weaving sheds added in 1836 and 1838 were of two storeys and housed 305 looms.[12] Before the 1830s, spinning mills produced cotton, that was put-out to hand-loom weavers who worked in their own homes or small loom shops, like the one Greg owned at Eyam.[13] Hand-loom weaving continued in parallel to power loom weaving throughout the 19th century. Around 1830 the power loom became sufficiently viable for independent weaving sheds to be set up, and for larger owners to add weaving sheds to their spinning mills. A weaving shed needed the correct light and humidity and a floor that was stable enough to withstand the vibration caused by the picking of many looms. Quarry Bank Mill is of national significance in that it used two-storey side-lit buildings rather the single storey sheds with a saw-tooth roof.[14] The first two-storey shed at Quarry Bank was 108 feet by 21 feet. The 1838 building was 100 feet by 33 feet to which a storey was added in 1842 for warping and beaming. In the Gregs pragmatic way, looms were purchased gradually.[15]

The first wheel was a wooden overshot wheel taking water by means of a long leat from upstream on the River Bollin. The second wheel built by Peter Ewart in 1801 was wooden. To increase power he dammed the Bollin and took water into the mill directly, the tailrace leaving the river below the dam. The third wheel of 1807 was a replacement for one of the wooden wheels.[16] It is believed it was a suspension wheel, 26 feet in diameter made from iron to the design of Thomas Hewes.[11]

The fourth wheel, the Great Wheel was also designed by Hewes. The challenge was to increase the head of water acting on the wheel while using the same volume of water. It was achieved by sinking the wheel pit to below the level of the river and taking the tail race through a tunnel a kilometre downstream to rejoin the Bollin at Giant's Castle. This gave a head of 32 feet acting on the 32-foot diameter suspension wheel, which is 21 feet wide. The Great Wheel operated from 1818 to 1871 when the mill pool had silted up, and then to 1904.[17]

In 1905 two water turbines built by Gilbert Gilkes and Company were installed to replace the Great Wheel. They used the same head and tail race and operated until 1959.[18] When the mill was restored in 1983, a 25.0 feet (7.6 m) diameter waterwheel of similar design to that of Hewes by his pupil Sir William Fairbairn, was moved from Glasshouses Mill in Pateley Bridge and installed to provide power to work the machinery. 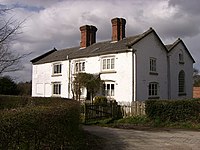 Quarry Bank Mill employed child apprentices, a system that continued until 1847. The last child to be indentured started work in 1841. The first children apprentices lived in lodgings in the neighbourhood then in 1790 Greg built the Apprentice House near the factory.[20] Greg believed he could get the best out of his workers by treating them fairly. He hired a superintendent to attend to their care and morals and members of the Greg family and external tutors gave them lessons.[20] Greg employed Peter Holland, father of the Royal Physician Sir Henry Holland, 1st Baronet and uncle of Elizabeth Gaskell, as mill doctor. Holland was responsible for the health of the children and other workers, and was the first doctor to be employed in such a capacity. The apprentices were children from workhouses. Initially, they were brought from Hackney and Chelsea but by 1834 they came mostly from neighbouring parishes or Liverpool poorhouses.[20] They worked long days with schoolwork and gardening after their shift at the mill. The work was sometimes dangerous, with fingers sometimes being severed by the machines.[21] Children were willing to work in the mill because life at a workhouse was even worse.[22]

The sparse accommodation that existed when the Gregs built the mill was soon exhausted and Greg built plain cottages which were rented to his workers. Each house had a parlour, kitchen and two bedrooms (a two-up two-down), an outside privy and a small garden. Rent was deducted from the workers' wages.[20] Greg, like Robert Owen, who built New Lanark, attempted to bring the structured order of a country village to his new industrial centres. He built Oak School to educate the children and the Norcliffe Chapel where the villagers worshipped and held a Sunday school.[23]

In 2013, Channel 4 produced a docudrama, The Mill, inspired by the history of Quarry Bank Mill.