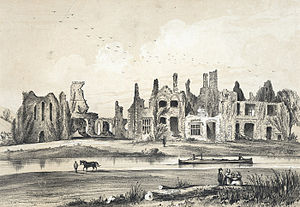 Neath Abbey was a Cistercian monastery, located near the present-day town of Neath in Glamorgan. Substantial ruins can still be seen, and are in the care of Cadw. Tudor historian John Leland called Neath Abbey "the fairest abbey of all Wales."

Neath Abbey is also the name of an area of Neath near to the abbey ruins. 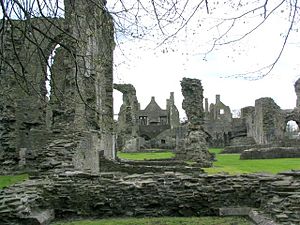 Neath Abbey was established in AD 1129 when Richard I de Grenville (d.post 1142), one of the Twelve Knights of Glamorgan, gave 8,000 acres of his Glamorgan estate to Savigniac monks from western Normandy. The first monks arrived in 1130. Following the assumption of the Savigniac order into the Cistercian order in 1147, Neath Abbey also became a Cistercian house. The abbey was ravaged by the uprisings of the 13th century, and eventually dissolved by King Henry VIII in 1539. At this time, the abbey was turned into a large estate. Sir Philip Hobby was the last occupant of the estate.

By 1730, some of the buildings were being used for copper smelting, and the rest were abandoned. In the late 18th century, an iron foundry was opened near the abbey ruins by a company owned by the Price, Fox and Tregelles families. 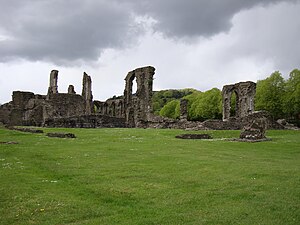 The archaeology of the abbey was eventually excavated between 1924 and 1935.

The area adjacent to the ruins is used by a car retailer and a number of smaller businesses and workshops.

The site has been used to film several episodes of the BBC television series Doctor Who and Merlin. 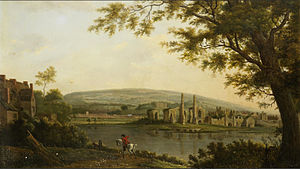