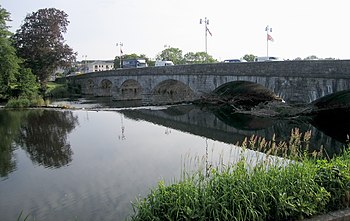 The Blackwater is notable for being one of the best salmon fishing rivers in the country. Like many British and Irish rivers, salmon stocks declined in recent years, but the Irish Government banned commercial netting of salmon off the coast of Ireland in November 2006.

Tributaries of the Blackwater include:

Towns along the river are Youghal, Cappoquin, Lismore, Fermoy, Mallow and Rathmore.

The Blackwater Estuary was listed on the Ramsar List of Wetlands of International Importance on 11 June 1996.[3]