Morton is a village and parish in Derbyshire, three miles north of Alfreton. The civil parish population at the 2011 Census was 1,195.[1]

A hoard of Roman coins found between Hagg House Farm and Morton Lodge Farm is the first evidence of human activity in the Morton area. The coins have been dated at AD 210.[2]

Morton is first documented in the will of Wulfric Spott in 1002[3] and again mentioned in 1086 in the Domesday Book as one of the manors belonging to Walter D'Aincourt (Deincourt).[4]

The manor of Morton remained in the ownership of the Deincourts until the family line died out and then passed through several hands until being acquired by the Sitwells (of Renishaw) in 1749. The Sitwells disposed of the Morton estate in 1912.

The Midland Railway opened a station at Doe Hill in 1862.

In 1865 George Stephenson's Clay Cross Company opened their first colliery in Morton. Most of the houses now in Morton were built to house the colliery workers.[5]

See separate sections below for history of church, school and colliery.

Claims to be centre of England

The position of the centre-of-England point is an oak tree opposite to no 69 Stretton Road (near the western end of the village). A plaque was erected by the Parish Council in the 1990s to identify the particular tree.[9] 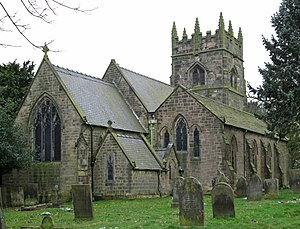 Morton Church of the Holy Cross has a long history, although most of the current church building dates from 1850. The 1086 Domesday book identifies Morton as a parish with a church, but there is evidence of there being a church in Saxon times. The arcade dates from the thirteenth century and the tower (at the west end) from the fifteenth century. The remainder of the church results from a rebuild by T.C. Hine of Nottingham in 1850. The church is a Grade-II* listed building. [5][10] 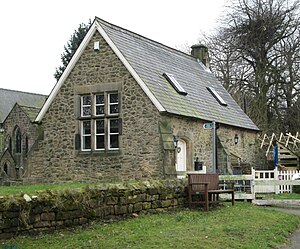 The first Morton school opened in 1863. It was a single-room stone building known as the Old Dames School, near the church. It was replaced in 1884 by a building on the site of the current primary school. This school cost £600 and had an average attendance of 192 pupils. Most of the current school results from a 1927 rebuild to a design of George H. Widdows. A building extension, sympathetic to the Widdows design and costing £892,000 was officially opened in 2010.[5][11][12] 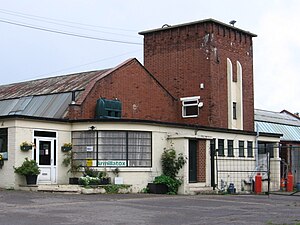 The mining industry transformed Morton from a small agricultural community into a much larger village based around the employment that its colliery offered. The colliery was opened by the Clay Cross Company in 1865 and it closed a hundred years later in 1965. At its peak, there were 1,033 employees (in 1956) and highest coal output was 390,472 tons (in 1955). There were 55 fatalities during the life of the mine. The pit-head baths were built in 1936. The baths were brick-built, with elements of Art Deco styling, and the pit-head buildings now form part of a small industrial estate. Water ingress was always a problem with this mine and the shafts were kept open and pumping of water was continued from the date of mine closure until 1990 to protect neighbouring operational pits from flooding.[13][14] 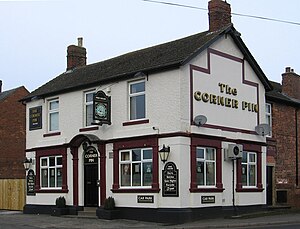