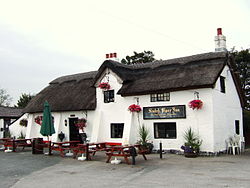 Scotch Piper Inn, est. 1320, is reputed to be the oldest inn in Lancashire. 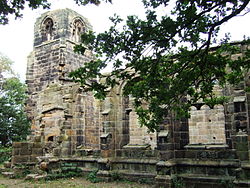 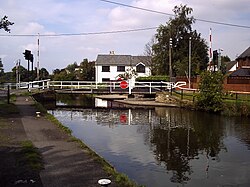 There is evidence that the settlement of the area dates back to at least the middle of the 10th century. Indeed, one possible root of the name is the Old English hlid-geat meaning 'swing gate', which would have an association with animal farming. Lydiate is mentioned in the Domesday Book, and is described as having a "wood a mile long", and there is evidence of the existence of extensive forests at that time, particularly of oak and elm.

The Scotch Piper Inn, located today on the A5147 Southport Road, is reputed to be the oldest inn in Lancashire and dates from the 14th century. For many years the pub was owned and run by the Moorcroft family. Originally called the "Royal Oak", the inn was built around an oak tree which can be seen in both the tap room and the front bar to the left of the fireplace. The inn is now a Grade-II* listed building.

The Ireland family were very influential in the area in the early 15th century, and Lydiate Hall was built by Lawrence Ireland sometime around 1470. The eastern part of the hall was destroyed about 1780, and the hall was abandoned completely by the late 19th century. Only ruins exist today.

The nearby St Catherine's Chapel, commonly known as Lydiate Abbey, appears to date from the same period, with the initials of Lawrence Ireland and his wife, Catherine Blundell, located on the porch. The abbey appears to have been abandoned when the practice of the Catholic religion was prohibited. Local legend holds that a tunnel exists between the abbey and the hall to allow the escape of a priest. Another local legend states that the tunnel was between the abbey and the Scotch Piper in order to allow monks to escape the public house. However, there is no documented evidence of this. The adjacent graveyard was used by local Catholic families into the later 19th century.

The south of the village is suburban in nature with residences and some light industry. The remainder of the village, especially to the north and west, is more rural, consisting largely of flat arable land.

The Weld Blundell (pronounced "Well Blundell") pub is opposite Lydiate's village green, which is little more than a few square metres in area and has a bus stop. The Weld Blundell in Lydiate is sometimes confused with an establishment of the same name in Ince Blundell.

The Running Horses in Bells Lane was owned and run for many years by three generations of the Walton Family. It lies right beside the Leeds and Liverpool Canal. There was a coal business at the side, also run by the Walton family. At one time the coal was delivered by barge along the canal. The Leeds and Liverpool Canal runs through the village on its way to the Liverpool Pier Head. The A59 road (Northway) and A5147 road (Southport Road) also run through the village. Until 1952 Lydiate was served by the Southport & Cheshire Lines Extension Railway, with a railway station on Station Road in the far north of the village. The old railway is now part of the Trans Pennine Trail.

In 2009 planning permission was sought to be a marina on the Leeds and Liverpool Canal by Bells Lane.[3]