The main village is on road leading up to St Michael’s Church. It is situated just off the main Llanfyllin to Llanwddyn road, to the northwest of Welshpool. The church is no longer be used, as it is unsafe. On the outskirts is the cemetery, a council estate of six houses, and a couple of privately owned bungalows. There is The Goat Inn at the centre, a post office/shop and the village hall, opened in 1981 and now the 'hub' of the village. A war memorial is at the centre of the village, and behind it is Poplar Cottage, once the home of E. D. O'Brien (1911-1953), a noted Eisteddfod conductor.[3]

A fair, known as Ffair Llan, used to be held every year on 9 May, when store cattle and sheep were sold to visiting dealers. Piglets were brought by horse and cart, with a mesh strung over to prevent their escape.[4]

Life in a Welsh Countryside

In 1950 Life in a Welsh Countryside, A Social Study of Llanfihangel yng Ngwynfa by Alwyn D Rees was published. This was soon recognised as a classic study of the social structure and life in a predominantly Welsh-speaking, upland rural community. This study describes the farms of the area, kindred relationships, customs and traditions, and the role of religion, particularly the chapels. In 2003 the Llanfihangell Social History Group published Welsh Countryside: Revised: A new study of Llanfihangel yng Ngwynfa, which compares the changes that have taken place since the original publication, the decline in chapel attendance and the use of the Welsh language, which is now only spoken by slightly over half of the people in the village. 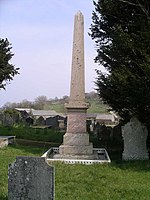