Kingsbarns is a village and parish in on the east coast of Fife, in an area known as the East Neuk, 6½ miles southeast of St Andrews and 3½ miles north of Crail. The name derives from the area being the location of the barns used to store grain before being transported to the Palace at Falkland.

The coast around Kingsbarns is known as a challenging surfing area.

Pitmilly, a former estate that was owned by the Moneypenny family for over seven centuries, is located about a mile and a half from Kingsbarns on the road to St Andrews. Ruins of two mills and the Bronze Age tumulus, Pitmilly Law, are still evident. Little remains of Pitmilly House.

An inn existed in Kingsbarns for centuries, previously offering a place of refuge for pilgrims to St Andrews Cathedral.[1] Barns Cottage in the Square is an historic building that includes the former infants' school.[2]

The village also has a shop, church and primary school. 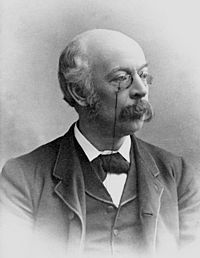 The forming of the Kingsbarns Golfing Society in 1793 began the village's long association with golf, with the course, laid upon land leased from the Cambo Estate, being in use until around 1850 when it was returned to farming. In 1922, Kingsbarns Golf Club was founded, and a nine-hole course designed by Willie Auchterlonie was laid out, but in 1939 the land was again returned to farming as an aid to the war effort.

Kingsbarns Golf Links, a man-made links course designed in 2000 by Mark Parsinnen and Kyle Phillips, a world-renowned golf course architect, has co-hosted the European Tour's Dunhill Links Championship]along with the Old Course at St Andrews and Carnoustie since 2001. In 2007, Kingsbarns hosted the St Andrews and Jacques Léglise trophies.