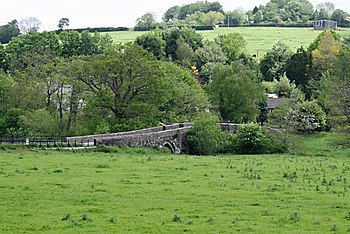 The Horse Bridge from the Cornish side

Horsebridge is a hamlet in Devon, on the east bank of the River Tamar which marks the border with Cornwall to the west.

Horsebridge has one pub, the Royal Inn, so named since King Charles I stopped here during the Civil War.